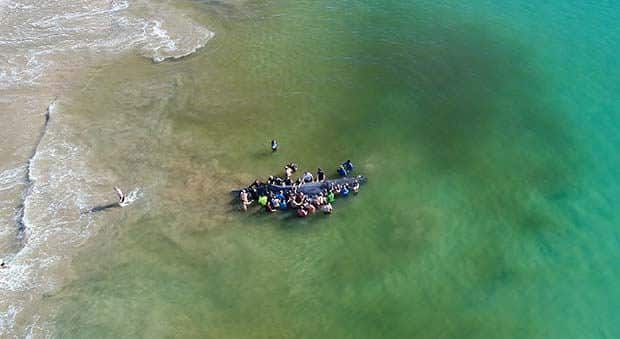 The sad New Year whale rescue that ended in tragedy a day later has made some headway in discovering why the 10.7 metre animal died.

Say reports today, he had “water and sand in his bronchi (air passages)” and “some lesions in his liver and pancreas”.

But why he ended up beached on a sandbank on New Year’s Day morning is still a mystery.

The internal lesions and “parasite load” identified were not sufficient to have caused death, said biologist Maria Ferreira of the Portuguese Wildlife Society which carried out the necropsy.

It is possible that samples taken for analysis will reveal more details, but for now the story has come to a sad end, with the large carcass being transported to the Sotavento Aterro Sanitário where it will be incinerated.