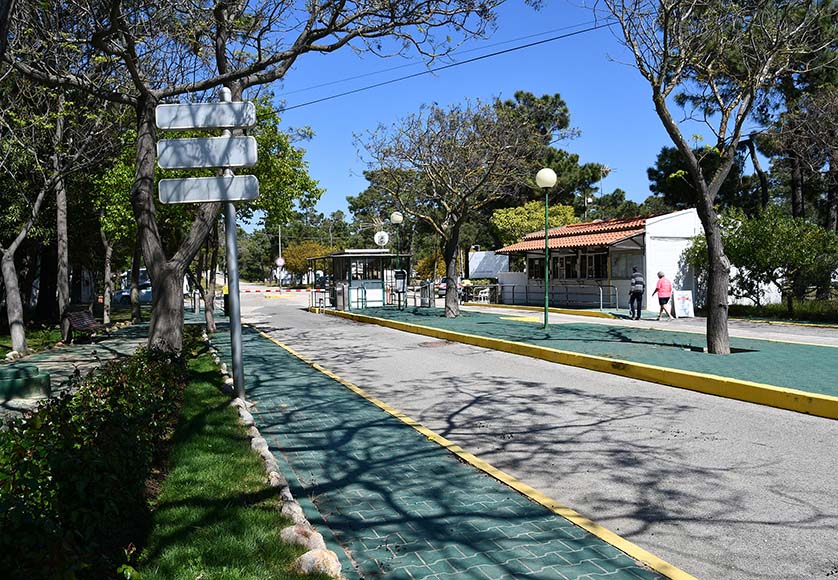 The Algarve’s summer of tourism recovery continues with yet another reason to celebrate: Monte Gordo’s campsite was “completely booked out” last weekend for the first time in the last decade and also registered its “best July ever” in terms of revenue.

The announcement was made by Vila Real de Santo António council which says “this demonstrates the attractiveness of this tourist infrastructure located just a few metres away from Monte Gordo beach.”

The local authority attributes part of the success to the improvements which are being carried out at the campsite until the end of the year to the tune of over €113,000.

One of the measures carried out was the “reorganisation of the space” – in other words, the areas where tents and motorhomes can stay have been changed around to “optimise” the space available to them.

A new car park has also been built, which has helped keep vehicles out of the camping areas.

New signposting, improved pathways and revamped leisure areas are also among the improvements designed to “improve the comfort of campers”.

The shower facilities are also cleaned more frequently and rubbish collection hours have also been “optimised,” the council says.

Meanwhile, the first phase of renovations at the campsite is due to be completed with the renovation of its five shower facilities. The works will take place between September and December,

“The council of Vila Real de Santo António thanks the commitment of all the employees who have contributed to the good results of this municipal infrastructure,” the local authority says.