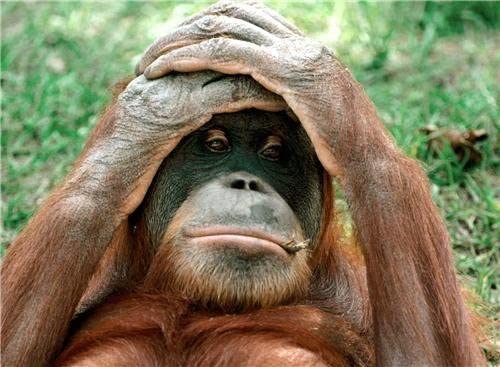 What is going on with Portugal’s monkey pox reporting?

It is clearly meant to concern the millions of regular readers – but it is faintly ridiculous.

Monkey pox (which if one switches the name to ‘Chicken’ sounds a great deal less alarming) has so far done nothing more than give 472 men ‘who sleep with men’ a nasty dose of fever, aches and pains and an unsightly rash which crusts over and eventually falls off… just like Chicken pox, in other words.

Now (as of yesterday) the news is that ONE woman has been ‘detected’ with monkey pox in Portugal: one woman out of a population of 10.3 million people (over half of which are women).

Like the 472 men infected with this virus, she does not appear to be seriously ill (she is certainly not in hospital), and other than mentioning that this unfortunate woman has been infected – and using her infection to infer that ‘monkey pox’ is now affecting ‘women’ – her condition is left totally unexplained.

Clearly she is ‘at home’, waiting for the disease to run its course – which DGS health authorities have said involves waiting for the crusts to fall off the spots in the rash that spreads from the face and neck down (very much like Chicken pox).

Monkey pox can invade hands and feet (much like Chicken pox, and the lesser known but equally contagious ‘hand, foot & mouth disease’).

There is a vaccine for monkey pox – another fast-tracked vaccine authorised for ‘exceptional use’. 2,700 doses of it are now in Portugal, available to people who may have come into contact with monkey pox, and fear the consequences. But equally, if these people take nothing, they should be ‘free’ of their pox and ‘ready to return to daily routines’ within a couple of weeks… just like people infected by Chicken pox.

There are a lot of ‘unknowns’ in this sudden focus on monkey pox, but there is little doubt that it has ‘surged’ in countries where the vaccine roll-out of Covid-19 was very thorough.