Portugal Resident
Home Society Contributors Monique Kalkman – Women golfers who refuse to be defined by their... 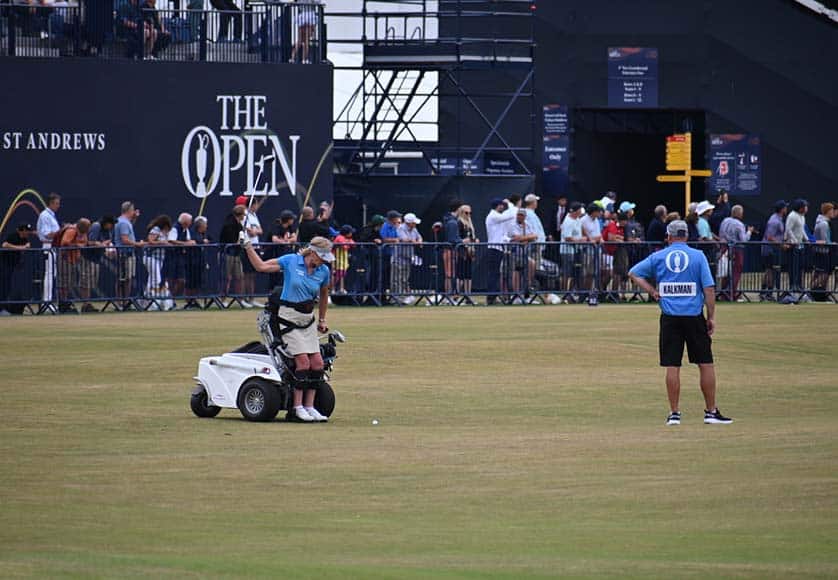 During the recent 150th Open at St Andrews, The R&A staged the ‘Celebration of Champions’ on the Monday practice day.

Here, golf greats Tiger Woods, Rory McIlroy, Tom Watson, Georgia Hall and others all played four holes in front of the many golf fans assembled who had relished watching these heroes over the years.

EDGA player Monique Kalkman was one of four international golfers with disability selected to play in this unique event; in doing so, they could show people all over the world that golf can become a more inclusive game, and of real benefit for all who try it. Apart from her exploits on the course at St Andrews, Monique also gave her time to encouraging youngsters to try golf with UK charity the Golf Foundation.

Monique Kalkman certainly understands how golf can offer wonderful social, competitive and health opportunities for a great many people with a disability. 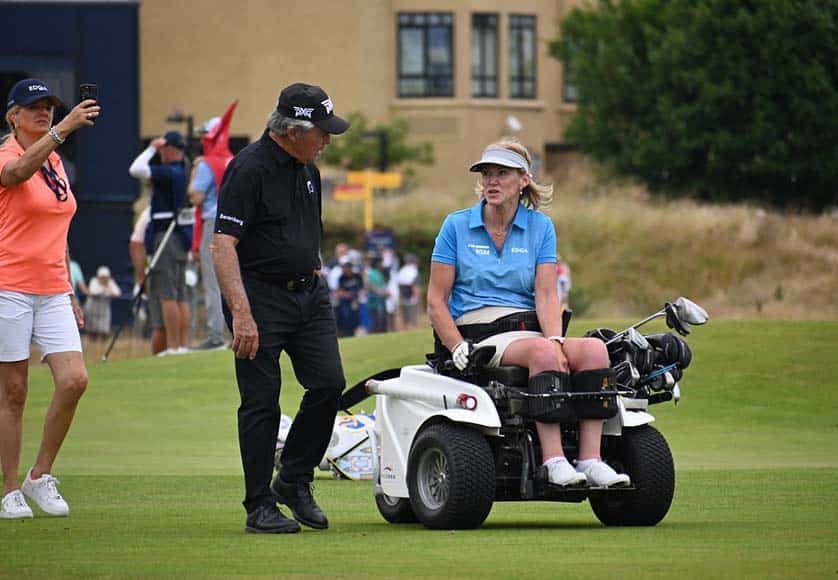 Since her teens, she has developed an athlete’s understanding of resilience, which first meant honing early tennis skills by pounding a tennis ball against the bricks of the garden wall. She was a very good player, judged by many in her Dutch community as “the next Chris Evert”, and Monique loved watching Chrissie on TV.

Then in 1979, aged 14, mysterious exhaustion led to the discovery of a cancerous tumour on her spine. Following surgery, she was confined to a wheelchair.

Monique came through this with the help of her large, always positive family which includes six siblings. Even at 14, Monique refused to be defined by her disability.

Within a year, she was watching the Paralympics and, four years later, would go on to win the gold medal in table tennis aged 19, in 1984, before winning gold medals in tennis at successive Paralympics; and earning the crown of World No.1 for six years. Her landmark wins included:

Ten years after retiring from tennis, Monique was drawn to golf, “amazed by the beauty of nature” on a golf course. She uses what is called a ‘paragolfer’, which allows her to play from a standing position. The paragolfer suits a one-handed swing for mobility and rhythm, and today she hits a golf ball with her right arm with the same purpose as when she used to hit all her forehand winners on the tennis court.

Monique has been a regular player in EDGA golf tournaments for more than a decade. She started her ‘Going for Golf’ Foundation in Holland which helps many people in rehabilitation through golf – helping to break down barriers for many people with disability. And it’s all done with a smile, and a dry sense of humour.

Through her experience and contacts, Monique knows that nothing is straightforward when growing the sport of golf. She wants to see more women and girls with disability coming into the game. Monique said: “We need to start somewhere and we need people with a vision and I see that coming into place now. If I can be part of this, that’s fantastic.”

– Watch/listen to profiles of EDGA players at www.edgagolf.tv

– Learn how to get involved at www.edgagolf.com