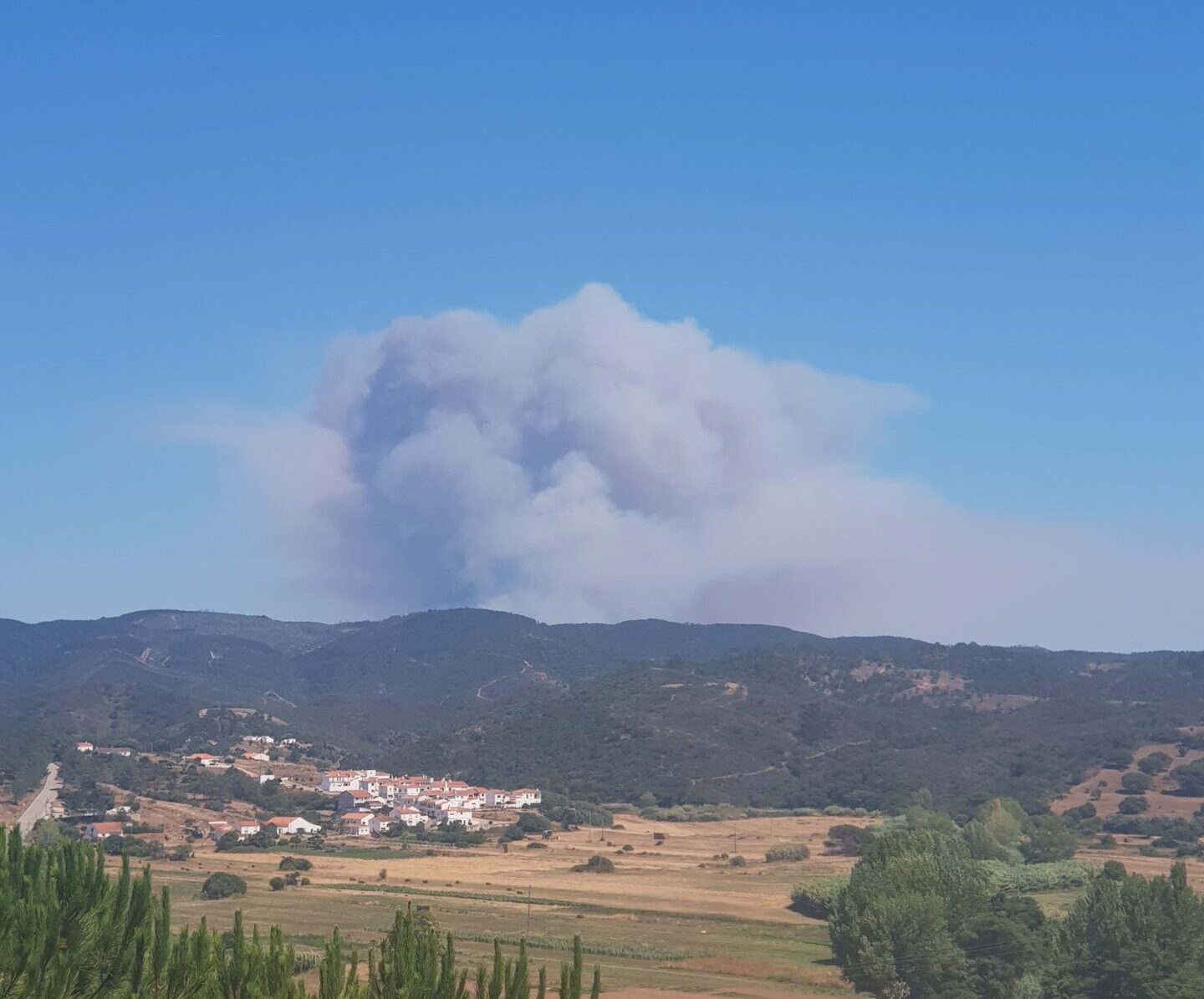 The fire that started on Friday at Tojeiro, Marmelete, Monchique, once again reminds us of the considerable risk of rural fires in Portugal. This risk will increase as we head further into the summer season, so we must be on our guard.

When this fire started, the rural fire hazard (FWI) was close to extreme levels (64 and above), which is an indicator of how quickly fires start and spread. We are just two weeks away from the third anniversary of the 2018 Monchique fire, which started in early August and burned for some eight days. The FWI at that time was also in the extreme level.

On this occasion, we were lucky in comparison as the fire was in a remote area and, although regretfully there was destruction of vehicles and agricultural buildings and some people temporarily displaced, it could have been a lot worse. The fact it was not, was due to the excellent coordination of the fire-fighting response, the presence of strategic fire track and a lull in the weather which was utilised fully by those dealing with the fires. This may not always be the case and, later in the season and with dryer conditions, rural fires will likely become more intense.

As we have done with previous major fire incidents including the fires of 2017 and Monchique 2018, Safe Communities covered this extensively from the outset, creating a major incident page on our website and updates through Facebook which reached over 30,000 people. In our capacity as an official Civil Protection Volunteer Organisation, we provided advice such as dealing with the accumulation of smoke. We thank everyone for their input and sharing.

It is essential, as we head further into season, that everyone living in rural areas keeps abreast of the fire risk, which we cover on our Facebook on a daily basis, and for those in high-risk areas in the northern parts of the Algarve, have an action plan of what to do in the event of a fire threatening your home.

Remember it may take time for firefighters to reach you in isolated areas. It is essential that such plans are put in place now, as when a fire approaches your home, it will be too late. More details about these can be found at our website www.safecommunitiesportugal.com /information, Rural fire prevent & protection/ During Fires.

Lastly, great work by all the emergency services involved in bringing it to a conclusion and the timely and the clear and detailed briefings provided by Richard Marques, Operational Commander, making it easier to monitor the situation.