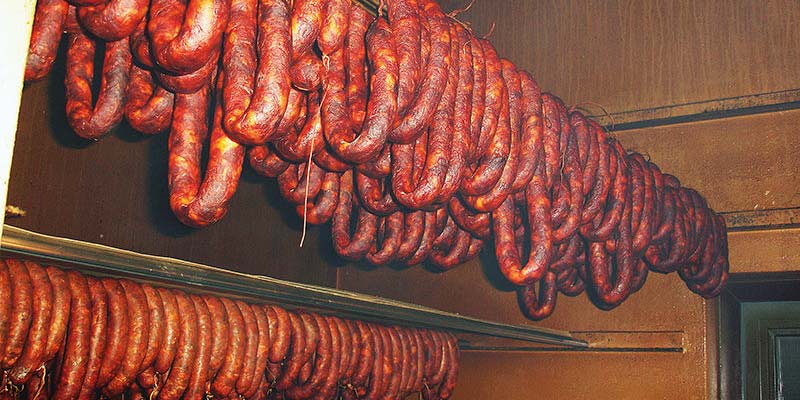 ‘Praça dos Sabores’ is where visitors will be able to taste the delicious sausages and other mouthwatering ‘creations’ that Monchique is known for, while there will also be several cooking demonstrations teaching people how to make and cook the sausages.

There will also be two performances of the ‘CataPlay’ show, a stage play and a gastronomic event which has been touring the Algarve since last year. The shows will be held at 6pm on both days.

The fair is also known for its musical performances. This year, Portuguese singer Carminho will take the stage on Saturday at 10pm while Sara Tavares will be the headliner on Sunday at 6pm.

There will be a special area for children called ‘Espaço Bolota’ where little ones will be able to learn about the pigs that are bred in Monchique through a multitude of fun-filled activities.

Taking place at the municipal heliport, the fair opens at 10am on both days and ends at 11pm on Saturday and at 9pm on Sunday.