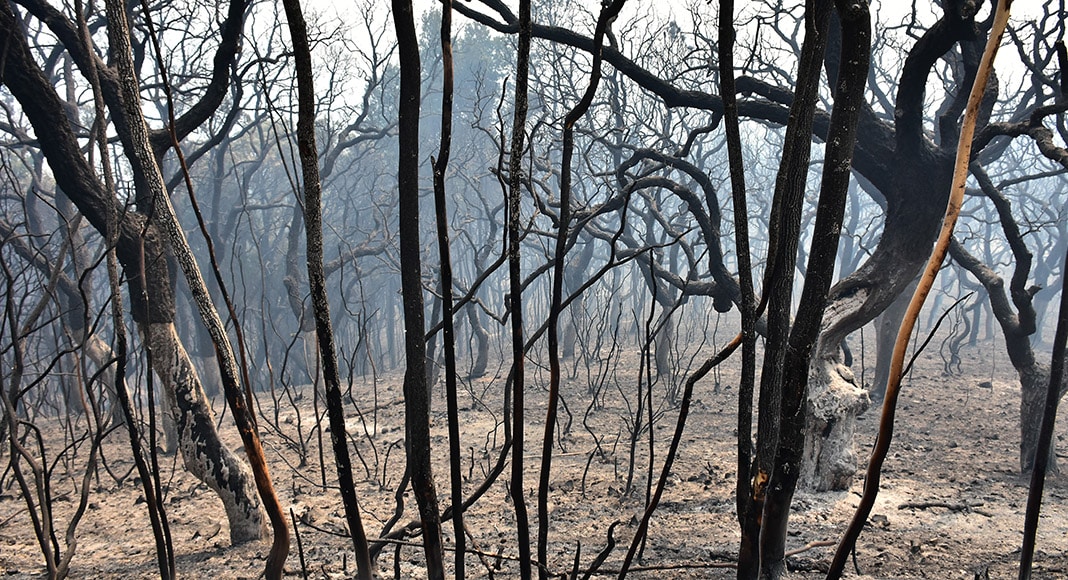 EDP Distribuição and one of the company’s employees have been named suspects (‘arguidos’) in the investigation into the devastating fire that ripped through Monchique and spread to the neighbouring boroughs of Portimão and Silves in the Algarve and Odemira in the Alentejo in the summer of 2018.

As the Resident reported last May (click here), an independent observatory tasked by parliament with investigating the fire said it suspected the blaze may have started due to a power line which came into contact with eucalyptus trees.

“There are early pictures in which flames are visible near the spot and there is evidence that suggests that the powerline may have caused the fire as there were eucalyptus trees nearby that were high enough to come into contact with its cables,” specialists from the observatory said.

EDP, however, is adamant that it was not responsible for the blaze.

“Based on the available evidence, EDP Distribuição is convinced that the fire was not started by the power line, as there is no power line in the area identified by the National Civil Protection Authority as where the fire started,” the company said in a statement sent to Lusa news agency.

It adds that the company is “available to provide all the necessary information, as it has until now, in order to help the competent authorities reconstitute the relevant facts and discover the causes of this fire”.

The fire started on August 3, 2018 in the area of Perna Negra in Monchique and was later described as the largest of the year in Portugal and Europe, having raged for one week. Over 27,000 hectares of land and 74 houses were destroyed, 30 of which were primary residences.