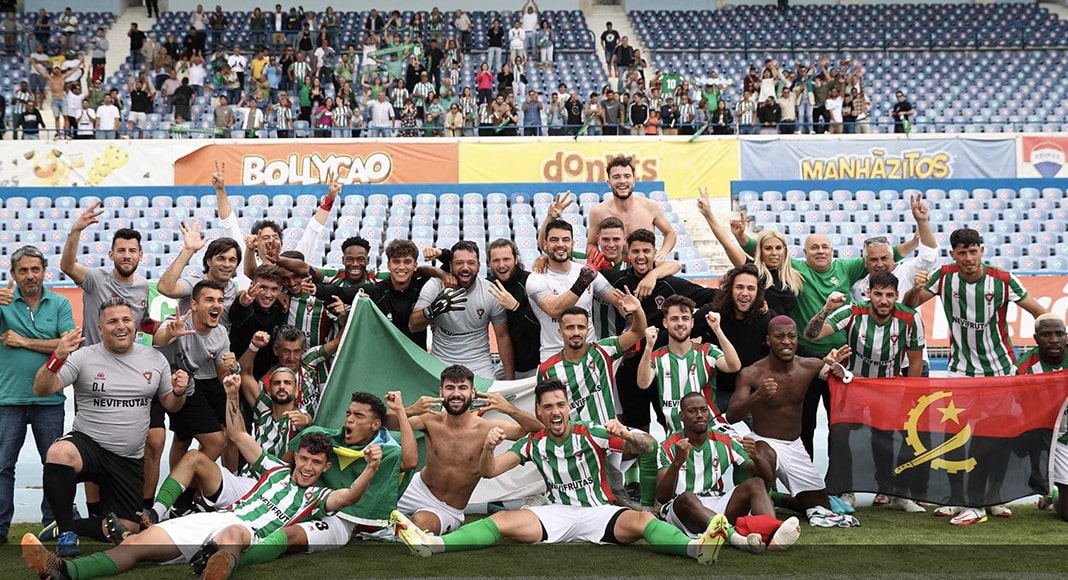 Moncarapachense faced a daunting trip to Lisbon to take on promotion favourites Os Belenenses on the final day of the season.

Fontinhas (Azores), who beat Pêro Pinheiro 2-1, were already guaranteed a place in Liga 3 next season, but who would join them?

Belenenses had a strong following at the historic Estádio do Restelo and only needed a draw, but the Moncarapacho team had other ideas. The Belém team had the better of the first half but failed to find a way past Moncarapachense keeper João Azul.

Twenty minutes after the break, a well-executed free kick involving Evanilson and Pedro Caeiro resulted in Nuno Silva netting, what proved to be the only goal of the game for the visitors. Despite intensive pressure by Belenenses, whose supporters roared on their team, it was the unlikely minnows from Moncarapacho who will now play at a level above their more illustrious neighbours SC Olhanense.

Moncarapachense are now the third highest ranked team in the Algarve behind SC Portimonense and SC Farense. Ironically, if Moncarapachense’s Estádio Dr António João Eusébio does not meet Liga 3 requirements, then, next season, they could be playing their home games at the José Arcanjo Stadium, Olhão, home of SC Olhanense.