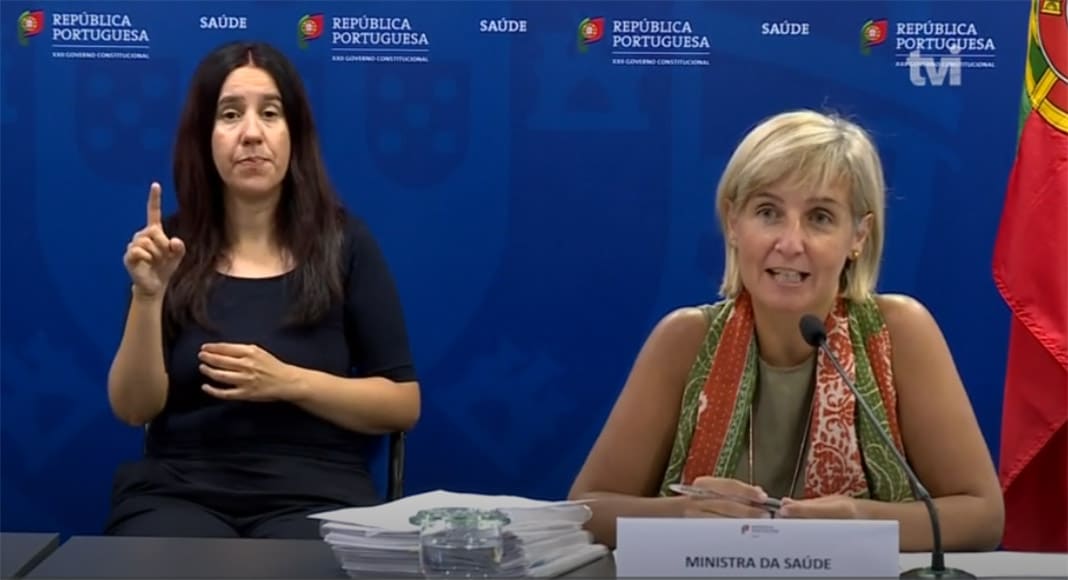 “This is the moment of individual and collective responsibility”, health minister Marta Temido said today as the latest data puts the leap in the number of infections over the last 24-hours to 687 – the highest daily total in five months.

With the increase in the number of new infections increasing in other countries (particularly in the United Kingdom), the messaging today is that citizens must ‘pull together’, ‘knuckle down’ and to a large extent ‘police themselves’.

The important ‘good news’ in all the drama is that the rise in infections is not so far connected to any kind of rise in hospital admissions. Indeed numbers in general Covid wards and intensive care are slightly down today on those of yesterday.

But the ‘bottom line’ is we’re at a crucial point – the country is going back to work/ school in a new State of Contingency next week and many are concerned that some of the new rules are unenforceable – particularly when it comes to the meeting of groups in commercial establishments within a 300-metre radius of schools of no more than four people.

Said the health minister at today’s press conference: “I understand people’s concerns over behaviour that may be less than adequate in the face of the rules, but I also know we can rely on civil society to make younger people, the school community, parents etc aware when rules are not being respected. We also have mechanisms, like the Escola Segura (police programme) and the intervention of security forces that will allow us to control these situations. We’re in a period of adaptation to the way schools will run with new rules, but we have measures in place to deal with eventual risks”.

Eduardo Cabrita, Minister of interior administration, re-emphasised the need for ‘a sense of citizenship’, admitting it “won’t be possible to have police in every place that 10 people meet” to ensure the limit stays that way.

He said when the authorities were running the metropolitan area of Lisbon under much stricter rules earlier this summer, “we had good articulation with the town councils” and keeping the ‘new order’ was relatively easy.

Portugal is on a countdown to a whole new experience as people themselves are growing visibly tired of all the demands and regulations, but taking them fairly stoically nonetheless.

Among the new lists of ‘do’s and don’ts’ is the requirement for businesses with more than 50 people in the metropolitan areas of Lisbon and Porto to have timetables ‘staggered’ so there is no issue with ‘physical distancing’ in the workplace, nor too much pressure on public transport services.

The ‘red line’ traced by prime minister António Costa remains: “we cannot return to closing schools”, nor will we return to shutting down the economy.