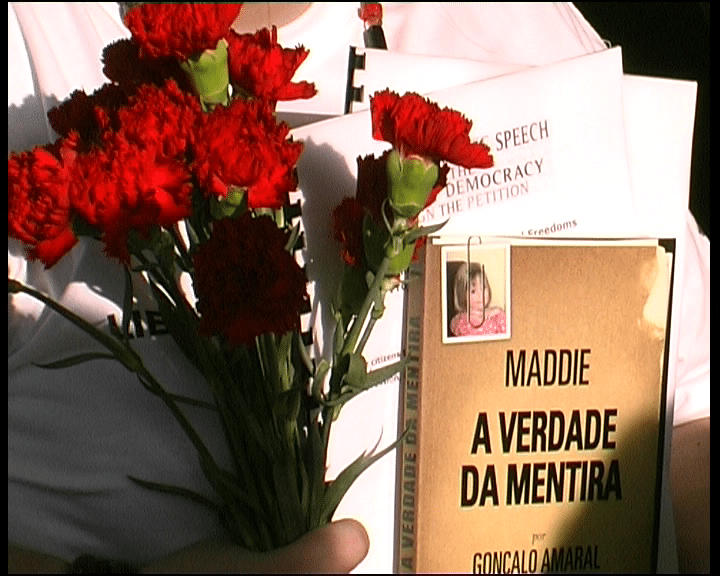 There are multiple mixed messages as the parents of missing Madeleine McCann are reported to be taking their three-time court defeat in Portugal to the very last point of appeal: the European Court of Human Rights.

British tabloids are already presenting the new situation as ‘a given’ – the Mail for example, claims “it is understood that the result of the appeal will not be known for at least four years”.

But the truth is that it may not even get accepted.

The ECHR website carries no details of the action (believed to have been lodged in July) for the simple reason that it must first be considered to merit this final avenue of legal recourse – an outcome many believe is unlikely.

The reasons for this is that the 75-page judgement the McCann parents are challenging – handed down by Portugal’s highest court – cited tenets set out by the ECHR, not to mention rights enshrined in the Portuguese Constitution.

As a source explained, “the parents have been told three times that the theory published by former PJ police coordinator Gonçalo Amaral did not overstep the bounds of freedom of expression”.

“Furthermore, the UK press fails to understand that Maddie’s parents can only make a case against the Portuguese state, and not against an individual person.

“For Gonçalo Amaral, the case is over. Done and dusted. He won, and the McCanns can’t ignore the decision simply because they are going to the ECHR”.

“Maddie: A Verdade da Mentira” (Maddie: The Truth of the Lie) is back on sale and has purportedly been published and translated in France, the Netherlands, Germany, Denmark, Spain and Belgium.

An English translation has been available online for years, and “read by millions” (click here).

But according to the UK Sun – which led with an ‘exclusive’ yesterday on what it is calling “a last ditch appeal” against a “shameless ex police chief” – the reasons for the McCann’s new legal bid lie not simply in the fact that they “are desperately upset at Amaral’s claims”, but also that they are “shattered” that Portugal’s top judges did not accept that they had “successfully proved their innocence”.

This was perhaps the most devastating outcome of the Supreme Court ruling, and one which saw UK tabloids go into overdrive (click here).

In other words, this is no longer a fight against what the Sun terms “the outrageous slurs of the Truth of the Lie”, but a battle now against Portuguese Justice.

As a legal source has commented: “The McCanns have effectively to prove that the Supreme Court made a massive mistake”.

The appeal bid could also be seen as another way of stalling the hugely expensive outcome of all these years of painful litigation.

The Sun explains: “So far no money has been paid by either party”.

In January, the Mail suggested that the McCanns “could now face financial ruin as they face paying Gonçalo Amaral huge court costs and could be sued themselves by the former policeman”.

Amaral, for the time being, is keeping his counsel.

Marking the 10-years since Madeleine’s disappearance during a family holiday in Praia da Luz, he gave a series of interviews to the Cofina media group in which he repeated his theory, as set out in the ‘Truth of the Lie’, explaining all the reasons for it (click here).

Since then he has kept a low profile.

Meantime, the Metropolitan Police are seeking renewed funding for Operation Grange – the probe that has already cost over £11 million looking for answers in this unparalleled case (click here), while streaming service Netflix is said to be making a new eight-part documentary on Madeleine’s disappearance, interviewing “key figures and investigators”.

Parents Kate and Gerry have “refused to be involved”, writes the Sun – highlighting the word refused in capitals.

The McCann’s reasoning, says the tabloid, is that Grange “is still active” – though a decision on whether or not to extend funding, and therefore keep Grange alive, has yet to be made public.

Ten years and four months on, and the disappearance of Madeleine McCann shows absolutely no sign of disappearing.