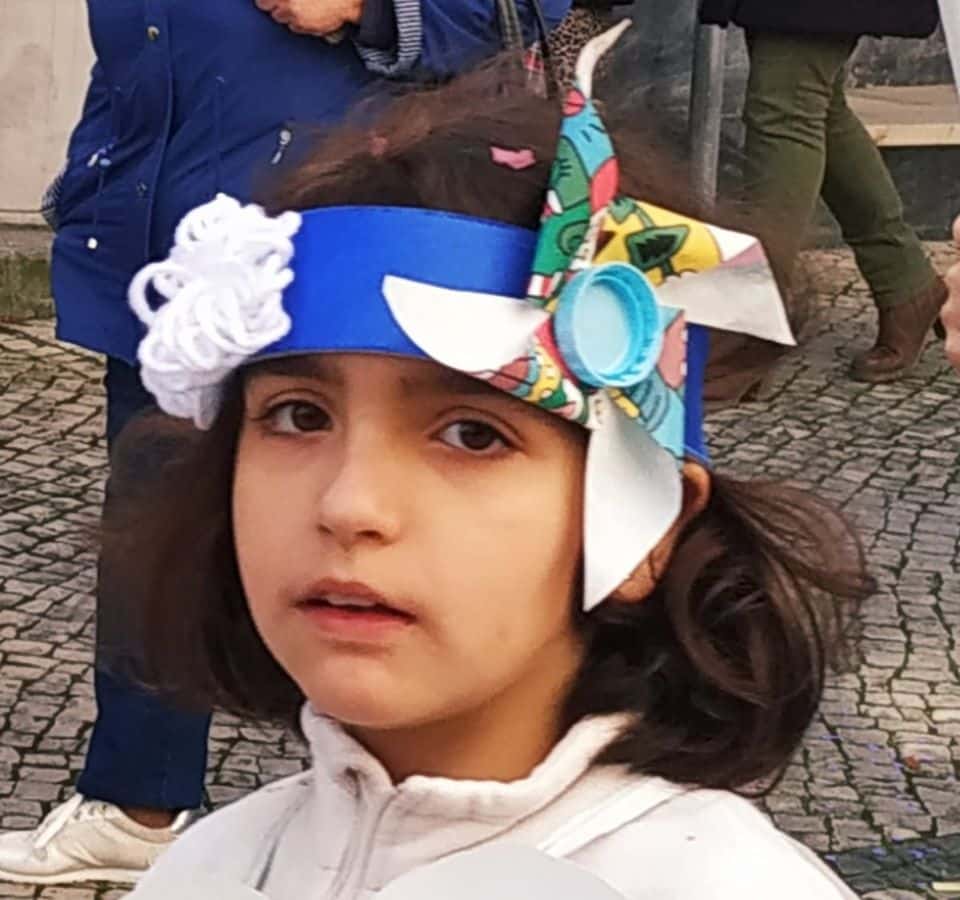 The body of missing nine-year-old Valentina Fonseca has been discovered.

SIC television news rapidly updated this, saying these two people are the father and step-mother of Valentina, in whose home she had been staying during the Covid-19 ‘confinement’.

According to SIC the father, Sandro Bernardo ‘confessed to the crime’ and led police to the place in which his daughter’s body had been hidden (see update below).

Little has been explained of the circumstances. A press conference has been scheduled for 4pm today by Leiria PJ.

This heartbreaking story has been ‘full of holes’ since it broke last Thursday. Journalists at the scene stress the close collaboration that local GNR and Civil Protection have had with PJ criminal police.

The PJ statement also stressed the “essential” nature of this “close articulation”.

The brief statement given by the PJ  confirms that “two people have been arrested suspected of involvement in the child’s death.

“At 16.00 additional explanations will be given at the Department of Criminal Investigation of Leiria”.

Tabloid Correio da Manhã says everything indicates Valentina was killed on Thursday (the day she was said to have disappeared click here).

Her body was camouflaged, says the paper, but not buried. There is the suggestion the little girl’s body was hidden some distance away, in a neighbouring parish.

A relatively long press conference, involving elements of the PJ, GNR and PSP, has gone a little further in establishing what happened to Valentina.

PJ investigation coordinator Francisco Fernando Jordão said police are fairly certain she met her death in the family home, at some time during last Wednesday – in other words, almost a day before the alert went out over her disappearance.

Jordão said it looks unlikely that Valentina died as a result of a tragic accident. “Murder”, he said, was what the PJ is focused on: “murder, the hiding of a body, among other crimes”.

What was consistently stressed was the excellent pooling of information by all authorities involved, with the help of civic entities and local people.

Even though the tireless searches failed to locate Valentina’s body, they were vital, said the police, as they helped establish that Valentina was not in the immediate area, and very possibly hadn’t ever ‘wandered off into the night in her pyjamas and flip flops’.

Over the days, it was also noted that Valentina’s father Sandro was not taking part in any of the searches for his daughter, nor appearing particularly distraught.

But the story that he ‘confessed’ to killing his daughter was not confirmed by Francisco Fernando Jordão. He referred more to the “permanent exchange and analysis of information” that “allowed” police to “establish strategies” that led to the discovery of the child’s body.

As the father, 32, and stepmother, 38, are in police custody and facing further questions, a flatbed truck has arrived at the family residence to remove the father’s car for analysis.

Said Jordão, it’s understood that Sandro Bernardo will have driven his daughter’s body to the place roughly 5 kms away where it was found, ‘covered by bits of shrubbery’.