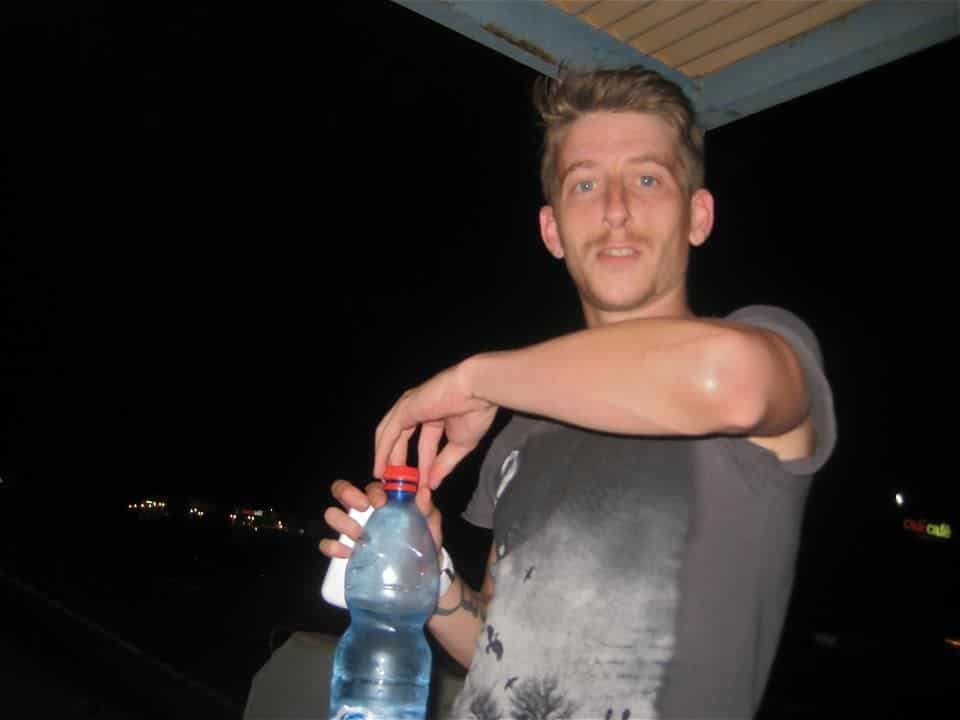 “My name is Jon, I am 30 years old and a chef from eastern Scotland… I have a lot of hospitality experience in kitchens and also in bar work as well as general hotel experience” – that is how Jon Anderson Edwards introduced himself on a ‘workaway’ information website, which he last logged into on 12 September, just before he went missing in the Algarve.
Portuguese police are helping worried parents and friends in trying to locate the 30-year-old Scotsman who left his Lagos apartment on September 15, leaving behind his passport, clothes and mobile phone.
His disappearance was of all the more concern because he seemed very happy working as a chef in a Lagos café but had to take a few days off after falling and hitting his head while out drinking one night. It was while recovering from the fall that he disappeared without telling his employer or friends in Lagos.
In his website post, Jon went on to say: “I am a very hard worker and would be willing to turn my hand to most tasks, or even learn new skills that could benefit both myself and the host. I have no problem with long hours or physically arduous jobs, I actually really enjoy throwing myself fully into a project because of the satisfaction that it brings to be part of something.
“I am not looking for a free holiday though, I am looking for challenges, experiences, meeting people I would otherwise have never met.
“I want to see as much of the world as possible while I’m still (fairly) young and will work my hind legs off in doing so :)”
He has already travelled widely in the world but he would not have had to travel far to join another workaway community. One such community in the Algarve advertised for a chef on September 7, but it has been established he is not there. There are thought to be many other workaway or wwoofing places in the region.
Jon’s mother, Lesley Edwards, and his sister, Kenna Balion, flew out from Scotland to put up posters and help the search for him. They are both back home now, anxiously awaiting news.
Anyone with information about Jon, should contact the Polícia Judiciária on +351 282 405 400
Follow Len’s Blog at http://www.algarvenewswatch.blogspot.pt/
By LEN PORT