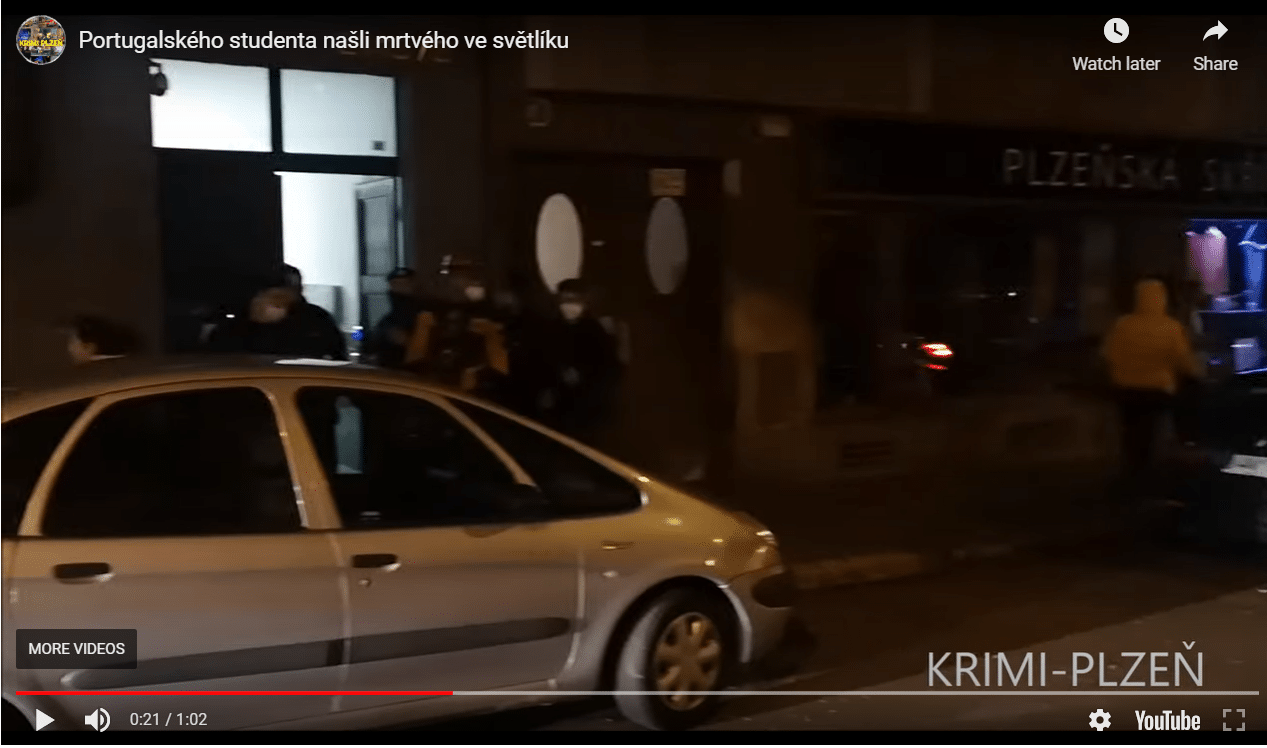 Very sad news this morning: Czech media is reporting that the body of missing Portuguese medical student Tomás Alcaravela has been found on a skylight in the building where he had his apartment. Tomás, believed to be aged 20 (other sources say 19), was last seen entering his apartment in the early hours of Saturday morning after a night out at a local discotheque in the city of Pilsen. His apartment was on the top floor of the building, reports Czech online Krimi Plzen. Investigations are now trying to establish how he came to end up dead on top of the skylight. The Portuguese embassy in Prague is accompanying the situation. The young man’s family had already travelled to Pilsen to help with searches that began when Tomás was first reported missing.