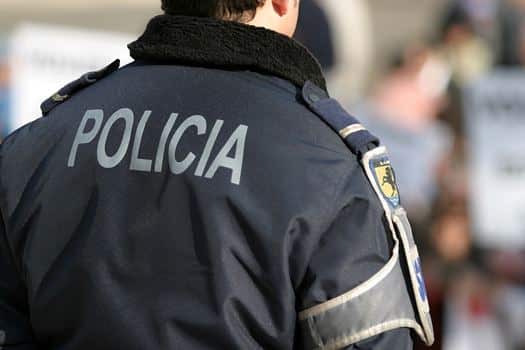 The day murdered teen Rodrigo Lapa was reported missing from his home in Portimão, a girl just a few months older walked out of the house she shared with her mother in Lagoa “after an argument” and has eluded both parents ever since. But police are not looking for her, reports Público, as she is considered of an age where she can look after herself.

This glitch in Portuguese Law has been highlighted in the lesser-known book of former Maddie detective Gonçalo Amaral.

In the first chapter of “Vidas sem Defesa” ( loosely translated as “Shattered Lives”), Amaral writes: “Much as we have advanced in terms of legislation, there are still huge gaps in the Portuguese law (relating to the protection of Children and Young People) .

“One of the most glaring is the fact that the law talks about (them) without defining terms of age. It simply sets 18 as the limit for intervention – and as such it conditions police reaction to a concrete case of a missing person.

“For instance, if the child is under-12, police normally waste no time. This does not happen in situations where the child is older and considered more autonomous.

“Police reaction in these cases can take longer, with negative consequences. They very often simply ‘presume’ that the older child has gone missing voluntarily. It is a serious evaluation error which can compromise investigations.”

In this new case, the girl in question has been seen “in the company of friends”, explains Público, which has led police – now formally made aware of her disappearance by the parents – to conclude “that she simply doesn’t want to return home”.

“In these cases protocol determines that the case is placed on databases and all police forces alerted,” claims Major Carlos Bengala “admitting that there are no agents specifically on the ground to locate the youngster and stressing that this is a case of an adolescent who already has the capacity to look after herself”, says the paper.

For now, it is not certain whether the girl is still attending school, which Portuguese law deems is obligatory up to the age of 18.

The Resident passed news of this case to Gonçalo Amaral who told us: “Even with the idea that this young person already knows how to look after herself, one cannot forget that the streets are dangerous places. A lot can happen to this child if she is not rapidly found. This situation reminds me of cases a few years ago where girls of exactly the same age disappeared in Santa Comba Dão. At the time, police thought they ‘already knew how to look after themselves’, but they had been targeted by a serial killer – who also happened to be a former GNR corporal”.

“Vidas Sem Defesa” is in the process of being translated into English, while Amaral’s “A Verdade da Mentira” centring on the former detective’s theory of what might have happened to missing British tot Madeleine McCann, has become the subjecty of a protracted legal battle after being translated into a number of languages.