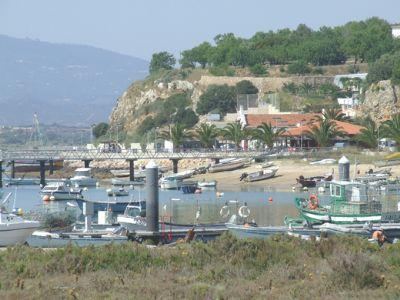 The project, funded by Portimão Câmara as well as the regional development commission (CCDR), EU funds and private investment, will include the construction of a 4km walkway between Prainha and Barra de Alvor.

This walkway, which has been inspired by the one at Praia da Rocha, will be adapted for pedestrians as well as having a cycle path and being wheelchair friendly.

Three new car parking areas will also be created near the walkway, which will increase the parking spaces near Alvor’s beaches to 3,000.

In Barra de Alvor, the road along the dunes will be renovated, with landscaping planned to make it more attractive as well as to allow access for pedestrians and cyclists, while bird watching sites will also be created for avid twitchers.

A partnership with the port and maritime authority will permit the drainage of the canal da barra, the sands from which will be used to reinforce the beach at Três Irmãos, which lost a lot of sand due to the tides this winter.

The drainage of the canal is aimed at allowing the sea tides to circulate more easily, which will improve fishing and the navigation of boats.

A spokesman from Alvor Boat Trips told the Algarve Resident: “They are moving tonnes of sand with huge lorries all day long and people are not very happy because it isn’t good for tourism at the beach.”

Alvor’s sports complex and Restinga stadium will also be refurbished as part of the redevelopment project, which will also include the construction of a football ground. A camp site for caravans and motor homes is also planned to structure this growing form of tourism.

Meanwhile, Portimão Câmara is also working on the advanced stages of a renovation plan for the town of Alvor, which will see new leisure areas for residents and visitors. A new municipal market is planned to be built in the Lazarete area, while the existing building will be converted into an underground car park for 125 vehicles with an outdoor leisure area to be built above.