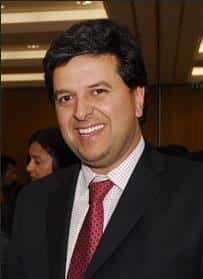 MILLENNIUM BCP, the largest private bank operating in Portugal, is opening more branches in the Algarve.

Fernando Carvalho, Algarve co-ordinator of the bank, told The Resident that there is still space to grow in the regional market and as a result it has introduced Millennium bcp Encounters.

This initiative aims to promote debate between the bank’s clients and experts in the finance sector and also gather together top management teams, the employees and the clients of the bank.

The first of these encounters happened recently in the Algarve and was attended by former minister of Economy, Daniel Bessa.

The encounters continue in May in Castelo Branco and will end by July in Porto.

According to Fernando Carvalho, the bank already has 43 branches in the Algarve, including those recently opened in Altura, Faro and Montegordo.

A new branch is to open on Tuesday, May 6, in Armação de Pêra. This will be followed by the reorganisation of the Lagos branches of the bank, with the closure of the existing Millennium bcp in the main square and its relocation near the Pingo Doce, where a new area office is expected to open by June.

The bank plans to inaugurate two other branches in Alvor and Aljezur, but details and dates are still to be announced.

Aware of a growing expatriate community in the Algarve, Millennium bcp is also working in close cooperation with its London office to better serve this group of clients.

The bank has a total of around 116,000 clients in the Algarve but “the number of foreign clients is still small,” said Fernando Carvalho, adding that he is enthusiastic about this potential market.

Millennium bcp has “developed new products for the real estate financing” and is counting on its “private banking experts in the management of client’s patrimony”, he said.