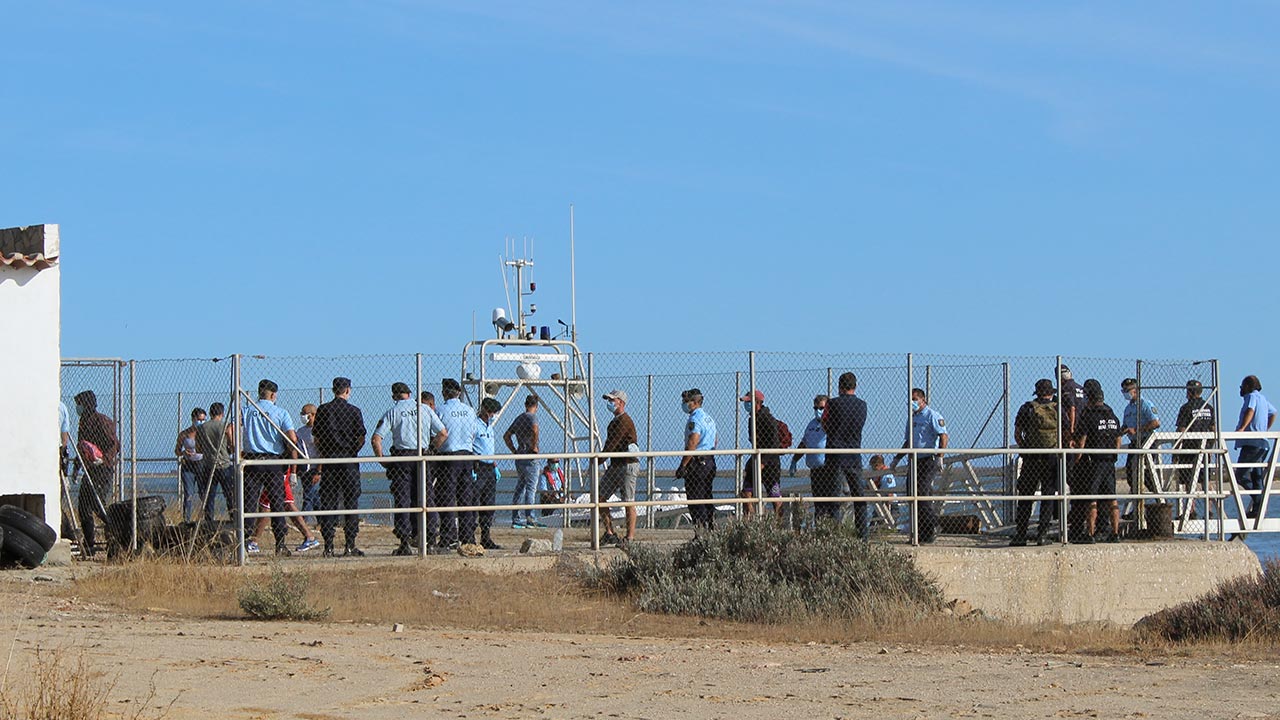 Portugal’s headaches with undocumented migrants arriving in fishing boats on Algarve beaches persists this week with further people in the latest group to arrive showing symptoms of being infected with Covid-19.

The 6th batch of supposed North Africans, rounded up on Deserta island last week, had two people who tested positive for the virus when they arrived.

Now others have started feeling ill. Tests were taken over the weekend and should be known today.

Meantime, the women in the group – one of whom is pregnant – have been separated from the men and moved to a SEF borders agency facility at Porto airport, with a view to expulsion from Portugal (a process that may never happen click here).

Correio da Manhã reports that one of the women did not want to leave her boyfriend, who has remained behind with the men in a SEF facility in Quarteira. The man apparently threatened to commit suicide – a threat already made by other migrants held temporarily in Linhó jail (click here).

SEF syndicate leader Acácio Pereira has conceded that migrants are being held in ‘improvised spaces’ because “there are none with adequate conditions to receive them”.

This latest group included one 15-year-old who has been placed in the Lisbon Casa Pia children’s home.