Opponents of the plan to mine the heroic Covas do Barroso landscape for lithium are holding a ‘mid-summer protest camp’ this week, ending with a rally next Tuesday (August 16) in Boticas.

The plan is to take advantage of this year of exceptional drought to highlight the heavy water usage of lithium extraction.

As Nélson Gomes of the association “Unidos em Defesa de Covas do Barroso” (United in the Defence of Covas do Barroso) explains: “We are already short of water. Mining will only make this problem worse”.

Gomes has added that the area “never had problems with water before.

“People have become aware that they have to preserve the little water we still have and it makes no sense for a company to come here and open a mine that will use more water than what the municipality of Boticas consumes during the year”.

Between 100 -150 people a day are expected for the camp, which starts on Friday. Activists are coming from all over the country, and also from abroad, from countries as far afield as Germany and Mexico.

In the past, this was a complaint of former Savannah CEO David Archer – that opposition was being whipped up among people who did not even belong to the area. But that is largely ‘missing the point’: people who do not live in Covas do Barroso, but join the protests, claim they do not want to see a stunning slice of protected heritage landscape ripped apart for open-pit mining.

The long-weekend camp-protest (Monday August 15 is a Bank Holiday) will be hosting workshops, theatre performances, popular games and talks about the environment and about mining.

Says the association battling to keep the landscape intact: “We who have always lived in a sustainable way in Covas do Barroso, refuse to be sacrificed so that others can maintain their intensive consumerism”.

Various other anti-mining movements and associations will be joining the event for a final march through the streets of Boticas, where a manifesto against mining will be read out.

Savannah Resources has been keeping a low profile since the sudden departure of its former CEO, and has been ordered to reformulate its project before it can be issued with the final permission it needs, a declaration of environmental impact (EIA).

The mining company based in London has been gunning for this project for years – always predicting it would be starting shortly, and then falling short.

Right now, it has another five months work ahead of it in collaboration with the Portugese environment agency APA “to further optimise certain physical aspects of the project and associated environmental, ecological and socio-economic considerations”.

Nélson Gomes is reading the small print and believes the statement “proves us right (…) the arguments presented by the company, as well as the mitigation measures, have nothing to do with reality (…) There are no possible mitigation measures”, because lithium mining will consume vast amounts of water, destroy the landscape and create ‘heaps’ of waste material.

“It makes no sense to destroy even more when we talk today so much about the preservation of Nature, forests and water”, Gomes told Lusa – adding: “We will never accept this project, in any way”.

Savannah meantime has other issues to cope with, including a law suit over ‘illegal seizure of common land’ while, lithium ‘opposition’ is not limited to the Barroso mine: Many other groups have joined forces and held/ plan to hold protest events. This Sunday, for example, will see a walk in defence of the environment in Morgade (Montalegre municipality), showing the strength of feeling against the lithium mine that Lusorecursos wants to exploit in the region. 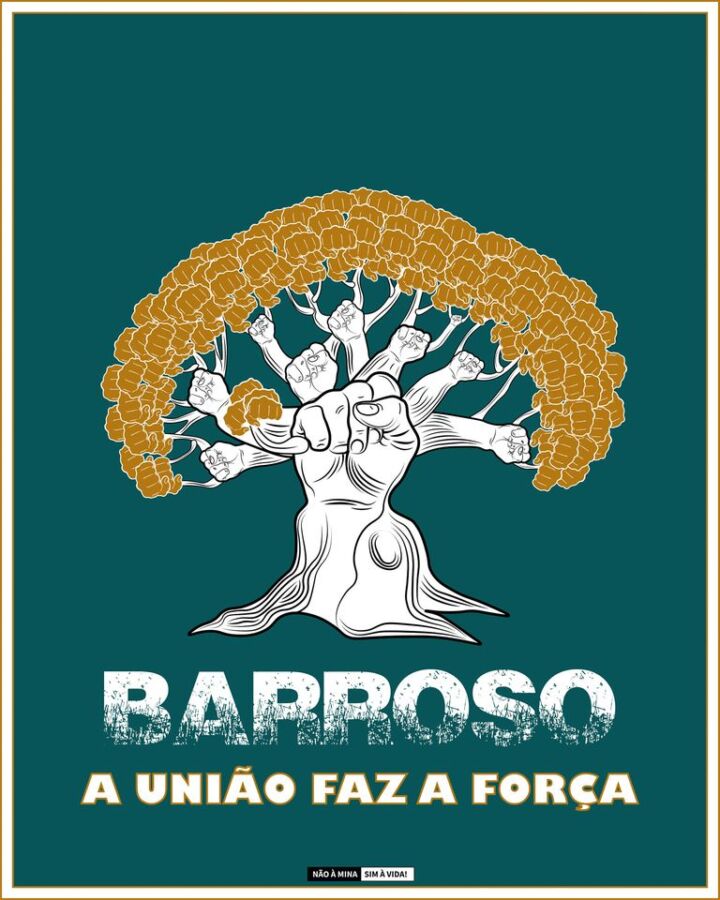