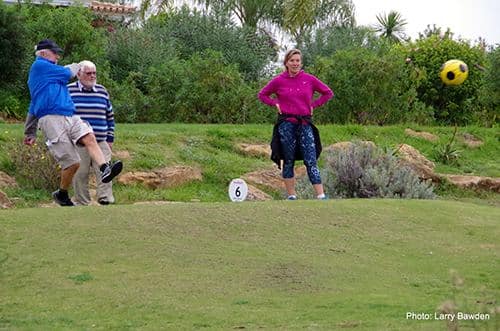 Two Portuguese restaurants have been awarded two Michelin stars in the 2013 Michelin Red Guide, with eight restaurants retaining their previously awarded stars, and one earned its first ever star. Two restaurants lost their star ratings.

As in the previous edition, the Michelin Red Guide Spain & Portugal has awarded two Michelin stars to Ocean restaurant, part of the prestigious Vila Vita Parc resort, in Alporchinhos, near Lagoa.

Maintaining its second star is a tribute to Ocean’s talented Austrian chef Hans Neuner and his team.

Ocean prides itself on modern, fresh and individual food with a Portuguese signature. A strong focus is placed on using the best local products, including fish and seafood from the Atlantic, fruit and vegetables from the farms of the Algarve, and meat and game from the Monchique mountains and the Alentejo.

In 2013, six restaurants will keep their Michelin stars from previous years, being considered “very good in their category”: Willie’s in Vilamoura; São Gabriel and Henrique Leis, both in Almancil; Il Gallo d’Oro, in Funchal, Madeira; Casa da Calçada, in Amarante; and Fortaleza do Guincho, Cascais.

Two other restaurants were again recognised in the Guide: The Yeatman (Vila Nova de Gaia), under the direction of Chef Ricardo Costa, and Feitoria in Lisbon, headed up by Chef José Cordeiro, both retaining the Michelin star they achieved in the previous edition.

All in all, it can be said that the Algarve is Portugal’s ‘starriest’ region, with five restaurants proudly displaying Michelin stars (Ocean, Vila Joya, Willie’s, São Gabriel and Henrique Leis).

Restaurant Belcanto, in Lisbon, directed by Chef José Avillez, won its first ever Michelin star in the 2013 guide, a distinction which delighted the chef who hopes the award “will help business” in times of recession.

Meanwhile, restaurants Arcadas da Capela in Coimbra and Tavares in Lisbon have lost their Michelin stars.

The 2013 Michelin Red Guide Spain & Portugal was presented last week in Madrid by Michael Ellis, Michelin guide world director, and Mayte Carreño, Spain and Portugal director.  Both publishers highlighted the “new generation of chefs” in Portugal and Spain, who are using creativity to counter the crisis.

In neighbouring Spain, the Michelin Guide awarded stars to a total of 159 restaurants: seven with three stars, nineteen with two stars, and 133 with one star.