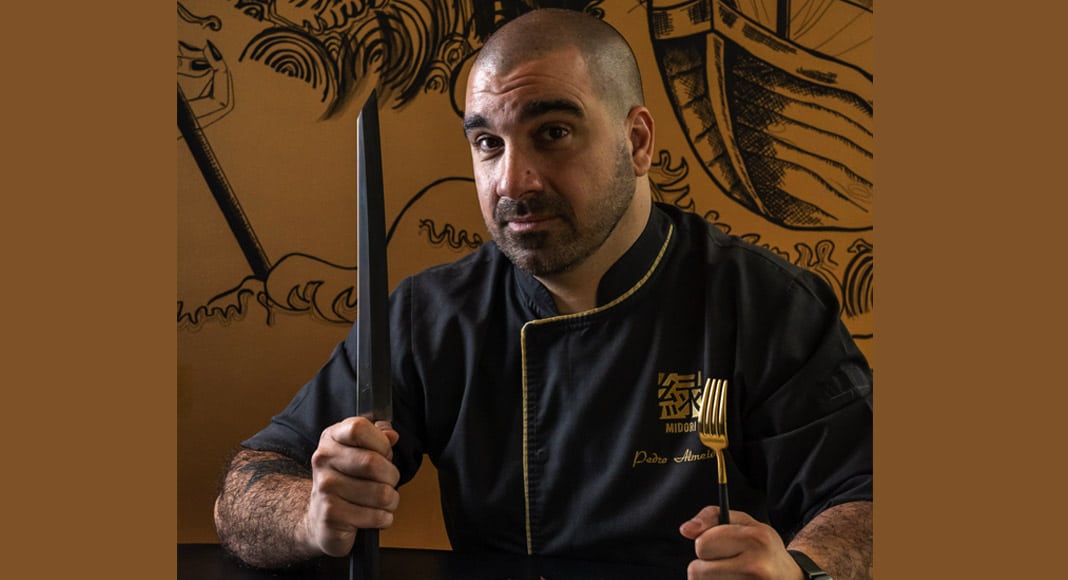 Michelin-starred chef Pedro Almeida will celebrate the “creative fusion of Japanese and Portuguese cuisine” for the opening event of Vila Vita Parc resort’s ‘Reach for the Stars Asia Edition’ gastronomic series. The dinner will be held on June 2 at 7pm at the Mizu Teppanyaki restaurant.

“Faithful to Japanese techniques, which he skilfully mixes with Portuguese cuisine in a perfect mix of products, flavours and memories, chef Almeida runs the kitchen at Midori (at the Penha Longa resort in Sintra), which has proved to be a veritable laboratory of ingredients and ideas,” said the resort.

It added that his work earned him a Michelin star in 2018, the first awarded to a Japanese restaurant in Portugal.

According to the resort, “these characteristics combined with the creative approach and high-quality ingredients of Mizu Teppanyaki’s team of chefs will provide an unforgettable journey for all Japanese food lovers and foodies in general during the evening”.

Three more dinners are planned in September and October as part of this set of dinners dedicated to Japanese cuisine, which are part of the resort’s 30th anniversary celebrations.

The resort has prepared “30 weeks filled with 30 exceptional events spanning art, culture, wellness and lifestyle – to celebrate the resort’s continued innovation and creative vision, qualities that have made it a highly respected and leading player on the global luxury travel scene over the past three decades.”

In celebration of this milestone, Vila Vita Parc will bring together a “unique constellation of 51 Michelin stars and 25 renowned chefs from Portugal and all over the world” for a series of themed fine dining dinners.