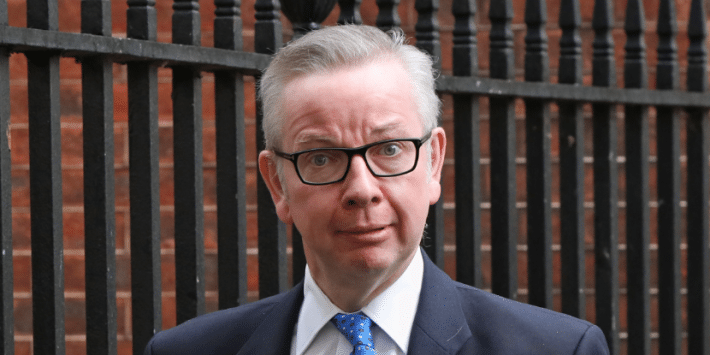 British government minister Michael Gove appears to have been one of the casualties resulting from the mass-influx of Brits into Porto for last weekend’s Champions League game. As newspapers here have explained, there ‘dozens’ of rerturning fans tested positive for SARS-CoV-2 on their return home from the final. Mr Gove came in contact with an infected person – but he is managing to side-step obligatory quarantine by taking part in an ‘experimental project’ in workplaces, involving daily testing for a week. The UK’s Daily Mail says Mr Gove was “forced to abandon a meeting with British prime minister Boris Johnson yesterday (Thursday) after receiving an alert on his mobile phone to say he had been in contact with an infected person.