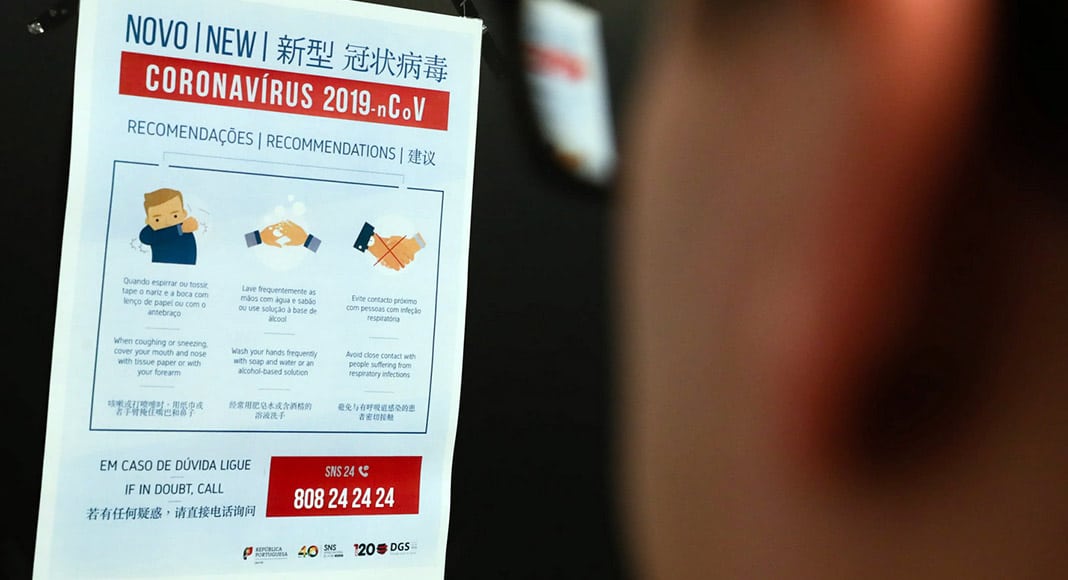 As the country wakes up to the reality of a State of Alert – and numbers confirmed with the virus have leapt to 112 – MPs have been stressing the absolute necessity to ‘fall in line and do what we’re told’.

Said the PSD’s Ricardo Batista Leite, a doctor by profession, this morning: “Cancel everything straight away: that party, that conference, the wedding, baptism, stag’s night. Cancel everything and stay home. By doing so you will ensure there is one more doctor, one more nurse, one more bed available for everyone who needs to go to hospital”.

The truth has dawned that if we simply continue as we are, so many people will become infected that the health service will collapse.

Already over 100 medical professionals have contracted the virus and are therefore unable to work – and compared with the rest of Europe, Portugal has the least number of intensive care beds per 100,000 inhabitants (4.2 against Germany, at the top of the scale with 29.2 – and a European average of 11.5).

Measures announced by the government in the early hours of this morning include the hiring of new doctors and nurses, but without concerted efforts by the public to reduce their exposure to the virus, the recruitment drive will be meaningless.

As to the measures brought in to face up to this crisis, they fall into a number of brackets, principally ‘Labour and the Economy’, ‘Education and Public Services’ and ‘Health’.

Labour and the Economy

● All workers, whether self-employed or contracted, will be allowed time off to care for children under the age of 12. During the weeks that schools are closed, parents unable to go to work will be paid 66% of their normal base salaries/ earnings, 33% to be covered by employers and 33% to be paid by Social Security.
● Exceptional financial support will also be made available for the self-employed to the tune of ⅓ of their average earnings. The requirement to pay monthly ‘contributions’ has been deferred.
● A fund to support professional training – covering 50% of the wages of each worker up to the limit of the minimum national wage – is being created.
● 200 million euros in credit is being set up to support businesses, while micro-businesses in the tourist sector will be able to fall back on a 60 million credit line if they need to.
● In all, Ana Mendes Godinho, cited 2.3 billion euros will be set aside to support national businesses.

Addressing journalists in the early hours of the morning, economy minister Pedro Siza Vieira stressed the importance at this time of Portuguese people buying Portuguese produce, to help the national economy.

While older pupils have been given the message that these next two weeks ‘are not to be treated as holidays’, schools will be handing out work that can be done at home/ on children’s computers.

● Remote working will also be used more and more with regard to public services.
● Limits are to be set on the number of people being allowed into a State-run office at one time (to allow for safe distance between people) and expiry periods on documents during the State of Alert will also be ‘accepted’ without the imposition of fines.

● Limits on staff overtime have been suspended
● Contracts for health professionals have been ‘simplified’
● The age-limit for doctors is to be suspended as retired professionals are re-hired.

Later today (Friday), minister for internal administration Eduardo Cabrita is due to address journalists on what ‘a State of Alert’ actually means for people’s everyday lives (see separate story).