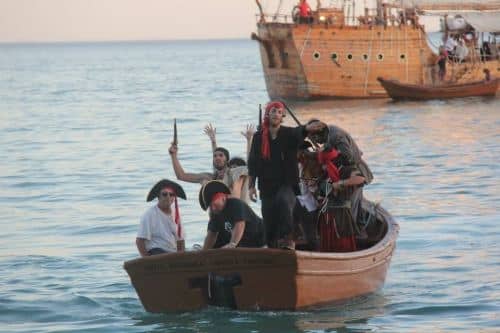 A German boy who tossed a message in a bottle off a ship in the Baltic 24 years ago has finally received an answer.

A 13-year-old Russian, Daniil Korotkikh, was walking with his parents on a beach when he saw something glittering lying in the sand.

“I saw that bottle and it looked interesting. It looked like a German beer bottle with a ceramic plug, and there was a message inside,” he said.

His father, who knows schoolboy German, translated the letter, carefully wrapped in cellophane and sealed by a medical bandage.

It said: “My name is Frank, and I’m five years old. My dad and I are travelling on a ship to Denmark. If you find this letter, please write back to me, and I will write back to you.”  The letter, dated 1987, included an address in the town of Coesfeld.

The boy in the letter, Frank Uesbeck, is now 29. His parents still live at the address.

“At first I didn’t believe it,” Frank Uesbeck said. In fact, he barely remembered the trip at all; his father actually wrote the letter.

The Russian boy and the German man met each other earlier this month via an Internet video link.

Daniil showed Frank Uesbeck the bottle where he found the message and the letter that he put in a frame.

In the web chat, Frank Uesbek gave the boy his new address to write to and promised to write back when he receives his letter.