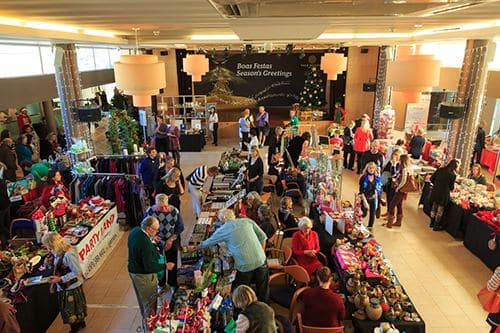 The merging of parishes in the councils of Loulé, Tavira and Vila do Bispo is triggering a debate amongst municipal authorities as many question the impact of the changes on the local residents’ lives.

However, the alterations are yet to be approved, as after being passed by each council’s municipal assembly, the merging proposals will have to be sent to Parliament, which will have a final say in the matter, by October 15.

The Municipal Assembly of Vila do Bispo approved the merging of the Raposeira and Vila do Bispo parishes, reducing from five to four the number of parishes in the council. The voting took place in late September and the measure was approved with one vote against and two abstentions.

The communications department of Vila do Bispo Câmara said in a press release that the decision was made against the town hall’s wishes, as the municipality had unanimously issued an opinion on August 7 saying that “we think that it is imperative to keep all five parishes of the Vila do Bispo council: Barão de São Miguel, Budens, Raposeira, Vila de Sagres and Vila do Bispo.”

In a note sent to the Algarve Resident to justify the merger, the municipal assembly said: “Compared to other alternatives (namely the merging of Barão de São João and Budens), this solution has a lower social and economical impact”.

In Tavira, the council’s municipal assembly went in the opposite direction, voting against the merging or extinction of any of the council’s nine parishes.

According to a statement sent to the Algarve Resident by the Tavira Câmara after the voting, which also took place in late September, the parishes of Tavira have a “valuable history, heritage and culture” and “no elected leader has the legitimacy to decide upon the extinction, merging or union of the parishes”.

As an example, the statement also stressed the importance of parishes and the way they supported the local population during the Tavira fires in July.

In Loulé, the Querença parish decided to fight back against the municipal assembly’s decision of merging the parish with the São Sebastião and Tôr parishes and put forward a counterproposal.

Querença proposes a merger not with São Sebastião, but with the Tôr and Benafim parishes, which have similar historical, geographic and hydrographic backgrounds, Bruno Inácio, the president of the Querença parish assembly, told news agency Lusa.

The Municipal Assembly of Loulé will discuss the matter on October 12, the last working day before the Parliament’s final deadline of October 15.

Local government will be hit hard by major restructuring this year, with 21 parish council offices in the Algarve at risk of closing as part of cost-cutting measures.

Local government reform guidelines, included in the Reorganização Administrativa Territorial Autárquica (RATA), under Law nº22/2012 of May 30, foresee the closure of hundreds of parish councils in Portugal.

The majority of parishes affected by these criteria are in rural areas, meaning the groups most likely to suffer from the reform are the elderly.

Assessment of the Juntas de Freguesia is being done according to the number of inhabitants and distance of the parish council from the municipality capital.

According to the government, reform of the local administration is “needed in order to improve public services, increase efficiency and cut costs, always taking into account area specifications, such as those designated as urban, mostly urban and mostly rural locations.”

The Algarve currently has 84 Juntas de Freguesia (parish council) offices. In total, there are 4,259 parish councils in Portugal, a number the government hopes to see reduced by 1,500.
1″>news