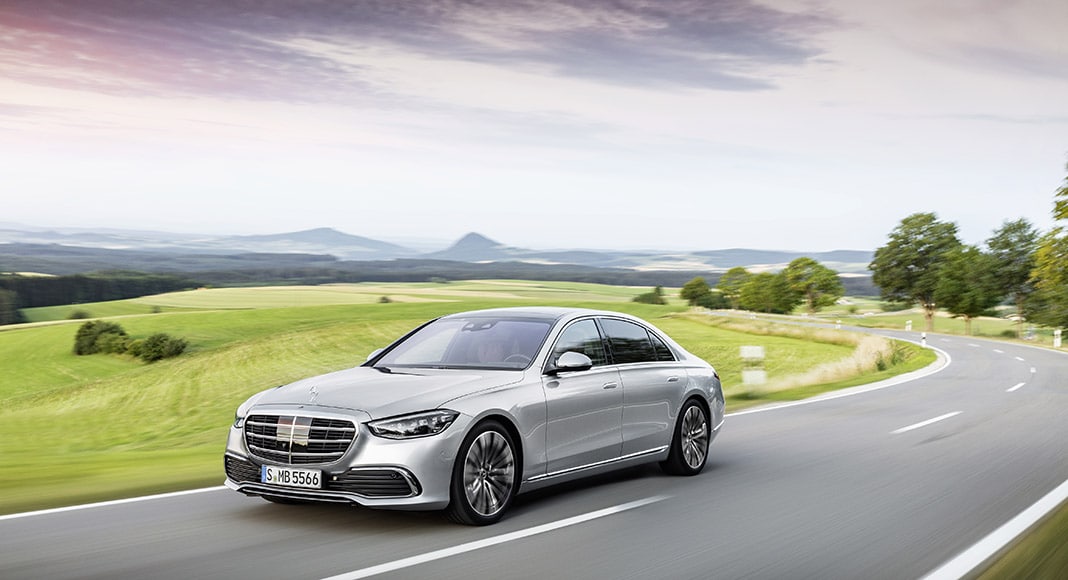 car is a machine to transport people from one place to another. The new Mercedes S-Class is that machine made perfect.

The last Mercedes to appear on these pages was an entry-level model. Not only that, it was the electric entry-level model, a small SUV called the EQA that seeks to attract new clients to the Mercedes brand and introduce electric mobility to the so-called techies world. It was a €50,000 car.

The Mercedes you see here is nothing like that. In fact, it might just be the opposite of the EQA. First of all, it’s a saloon; second, it has an internal combustion engine under the hood; and third, well, it’s the flagship of a constructor that has always been associated with high-end quality and luxury. Welcome, then, to the new Mercedes S-Class – the model many say has been the best car in the world for the past five decades. This one is a €150,000 car.

The S-Class is also not only the world’s best-selling luxury car and the template to which all Mercedes have to live up to, but a sign of where the industry as a whole is at a certain point in time as well.

For the engineering team, it must be a nightmare every time the day arrives when they have to come up with a new generation. How to make the best even better?

It’s probably even harder than it sounds. The current model that has recently arrived on the market, code W223, is aesthetically very similar to its predecessor but the design is that little bit more refined, more polished – I would say more satisfyingly majestic without crossing the line to ostentatious.

Because Mercedes – like pretty much all German names – tend to have an homogenised model line-up in terms of design, nobody really notices the S-Class. I saw some people looking but mainly because it was a big Mercedes; I don’t think they knew exactly what it was. On the other hand, big Mercedes usually means extremely good car. In this case, however, it doesn’t; in this case, it means exceptionally good car.

I drove the S400 4Matic with what must have been the smoothest diesel engine I ever tested. Its 330 horsepower and 700 Nm also averaged under 7 litres to move 2 tonnes around. And believe me when I say that this is no longer a less satisfying drive than the BMW 7-Series when it comes to dynamics and performance.
0-100km/h? Takes 5.4 seconds. Everything the S-Class does, it does with a grace you don’t find in any other regular production saloon. You have to look up to the likes of Bentley and Rolls-Royce to find a luxury car that can offer more than this Benz.

There is not enough room in this page to explain all the tech that is packed into this car but here’s a little glimpse: ‘Hey Mercedes, I am stressed’. Five words you can tell the S that makes it instantaneously put on soothing music, start massaging your back and initiate a calm swirly graphic on the gigantic central screen. I kid you not.

That screen, by the way, floats above the dashboard and works in tandem with the driver’s 12.3in instrument panel with 3D graphic processing, whereas the updated MBUX system (that is Mercedes Benz User Experience) packs 50% more processing power than before and does things like eye direction recognition, hand gesturing recognition and even body language recognition to identify behaviour patterns. Ambient lighting is the work of 250 LEDs, the seats are very likely the most comfortable I have ever sat in on a car (and include 10 massage programmes and 19 massage motors), while the 1750-watt Burmester sound system is your own private opera house.

The level of isolation from road noise and other earthly annoyances is mesmerising (Mercedes now uses foam on the rear pillars to offer passengers even more quietude), the ride quality unmatched and the sense of luxury simply has no rival. Multi-beam LEDs are standard and Digital Light is available as an option. It uses three high-powered LEDs whose light refracts through 1.3m micro-mirrors, resulting in a 2.6 million pixels of overall lighting capability.

Incredibly, you drive it and it’s just a car. You get used to all this specialness pretty quickly because it all makes so much sense; every detail of the S-Class is there for a reason and you understand each and every one; there are no compromises, no need to invoke words like ‘character’ to justify charming shortcomings. There are no shortcomings: this is a perfect machine.

Five decades after the first model, the Mercedes Sonderklasse – German for special class – still lives on a pedestal all of its own. That, in 2021, a car that burns fossil fuel as a power source can still encapsulate the future of the automobile is nothing short of miraculous, but that’s what Mercedes have achieved. They have found a way to make the S-Class not so much relevant, but cutting-edge once again. 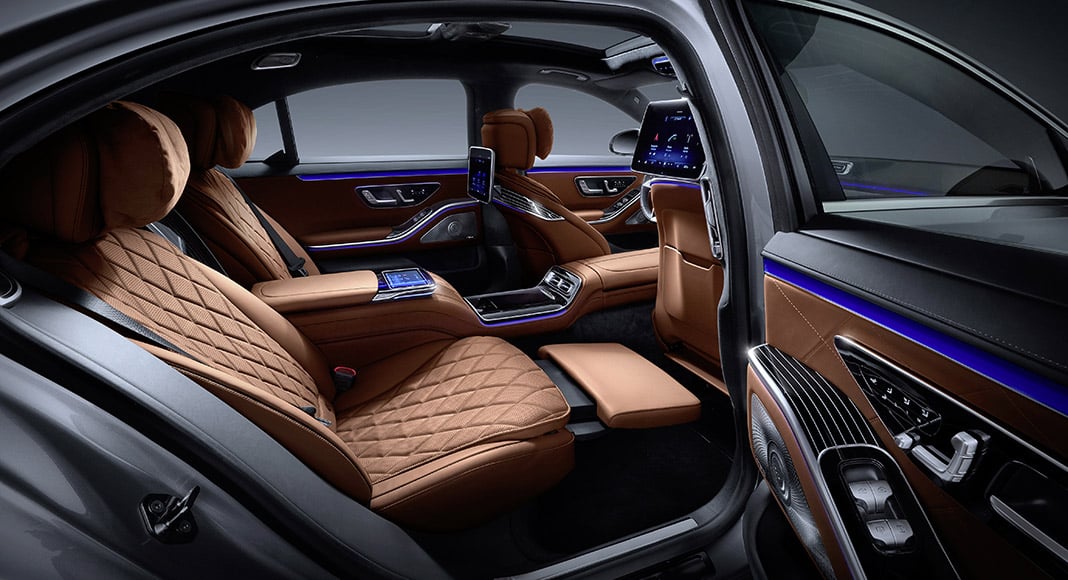 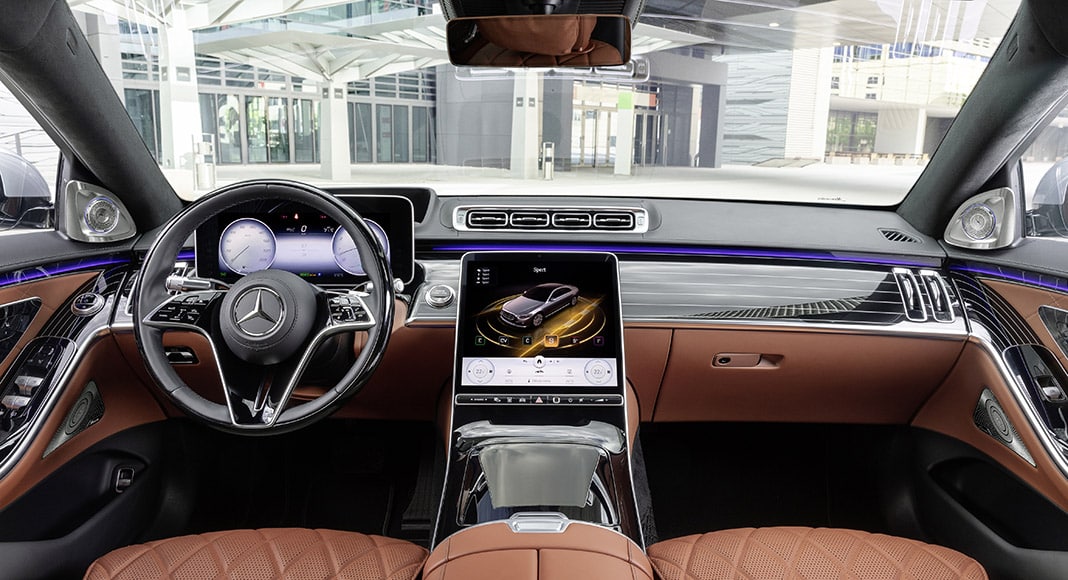 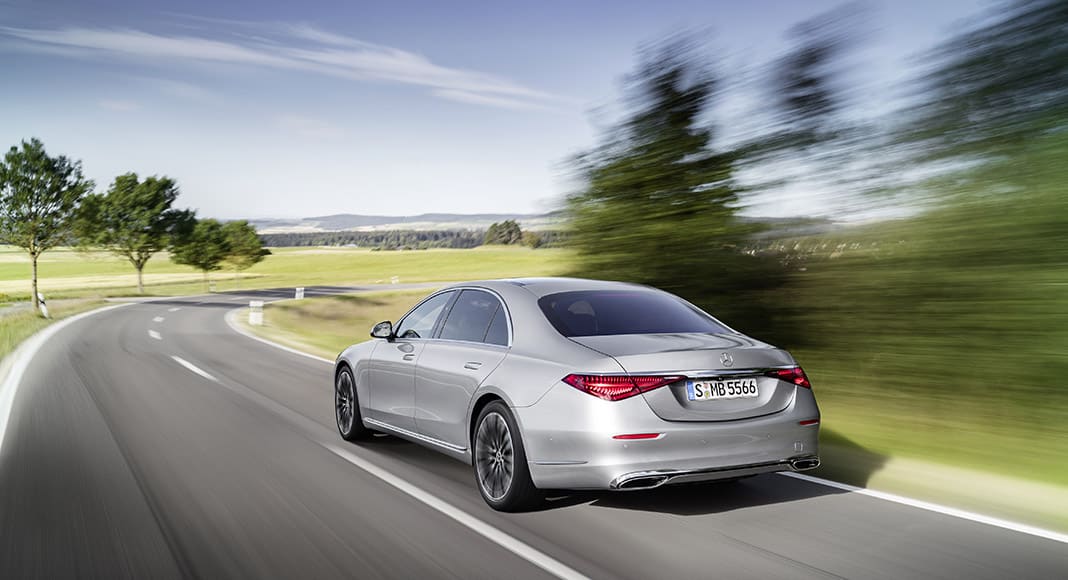