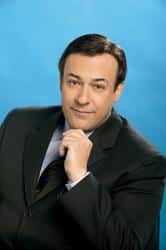 SOCIAL DEMOCRAT MP for the Algarve, Mendes Bota, has recently issued a statement in response to reports in the press that infer the government is preparing to award a concession for two rigs to a consortium, led by Spanish group Repsol, to drill for oil on the Algarve coast.

Mendes Bota has urgently requested explanations concerning the issue from the Minister for Economy, Manuel Pinho, and the Deputy Secretary of State for Industry, Castro Guerra. The MP stated: “The exploration for oil along the Algarve coast is a subject that crops up again and again and I have been voicing my opposition to this intention for 15 years already.”

Mendes Bota says he is surprised with the details outlined in the news: “The government is taking on something that is seriously unacceptable, since the issue can have a negative effect on the Algarve tourism industry. Any explorative activity for oil or natural gas always carries risks associated with environmental accidents. I am not aware of the existence of an environmental impact study, nor a public debate. Neither am I aware of any evaluation of cost benefits for the region that conclude in favour of the oil industry against the tourism industry.”

He continues: “To say that the drilling would take place at a depth of 200 metres is very vague. This depth varies significantly regarding their proximity to the Algarve coast. We could be talking about 1.5 miles or 15 miles offshore.” Mendes Bota calls on the government not to sign anything without consulting parliament, the Algarve and its people regarding the environmental and financial details of the operation.