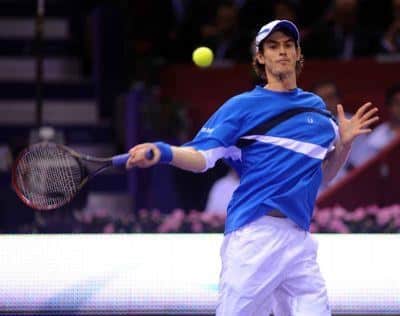 Andrew Murray lived up to his billing as bookies’ favourite during the first half of the Australian Open before making a 2-6, 6-1,1-6, 6-3, 6-4 last 16 exit against No14 seed Fernando Verdasco- the Spaniard went on to also prove too good for last year’s surprise finalist Jo-Wilfried Tsonga, who submitted in four sets.

Defending champion Novak Djokovic was another prominent casualty, becoming one of several victims of heat exhaustion when retiring during his clash with Andy Roddick. The big serving American will face Roger Federer, who returned to his imperious best in dropped only three games against the fast rising Juan Martin del Potro, in the semis- the Swiss earlier recovered from a two-set deficit against Tomas Berdych. At this stage, however, there is no looking past Verdasco last four opponent Rafael Nadal, an easy winner over Giles Simon in the last of the quarters, who is yet to drop a set on the way to attempting to claim one of the only two Grand Slam titles yet to elude him.

In the women’s draw Russia appears to hold the upper hand with only a below par Serena Williams standing in the way of Vera Zvonareva, Dinara Safina or Elena Dementieva lifting the crown.