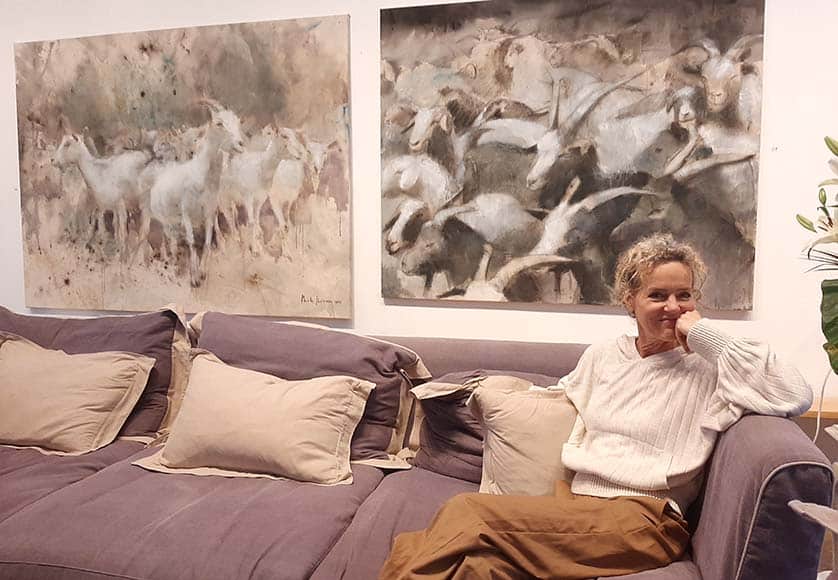 A new art gallery has opened in an old building which is being completely renovated by Dutch-born Algarve artist Meinke Flesseman in Portimão’s historic centre.

The ‘soft opening’ event was held on Friday (December 9) and attended by dozens of art lovers and friends, marking what is hoped will be the first of many events that will take place at the gallery.

“It was a wonderful event. There was a great buzz here, and it’s given me a taste for doing this more regularly,” Meinke told the Resident after the opening.

The idea to purchase the building and open her own gallery came to Meinke from the desire to create her own artistic space.

“I fell in love with this place,” Meinke said. “It was big, and spooky, and had all the space that I wanted. My imagination ran wild.” 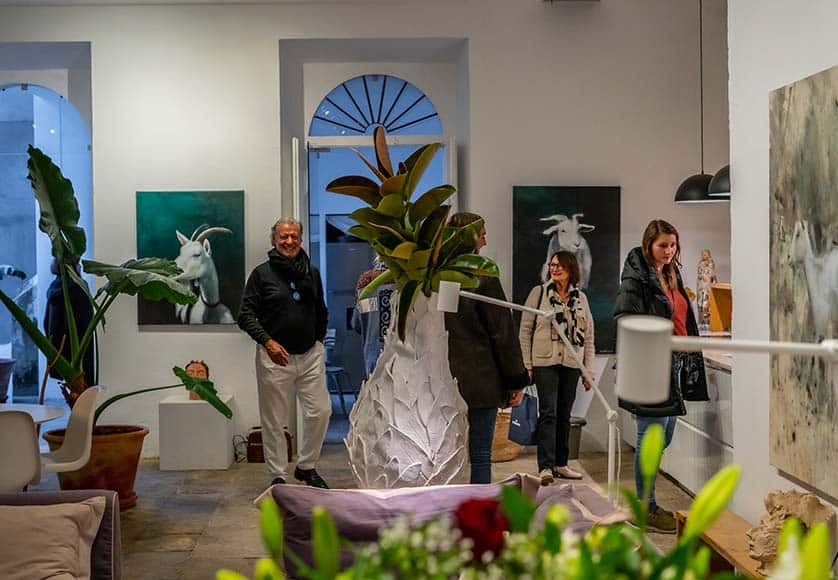 The two-storey building is being renovated to act as “five spaces in one, which are still connected but nonetheless separable”. The gallery occupies just one of the building’s spaces.

While the artist initially planned to take over the building with two other people, she eventually decided to move forward on her own. Renovation work began in October 2021 and has proven to be quite the endeavour.

“It has everything one could wish for, it’s true, but it’s also a lot of spare metres to fix up, and that was the naïve part. But it’s going well, and it’s exciting,” said Meinke, likening the construction process to painting.

“It’s all about building something up, and then using your imagination, changing it…,” she explained.

Right next door to Meinke’s gallery is the Sphinx Gallery, which is located in a building previously owned by Meinke.

“It is wonderful because we complement each other. I think this is already generating some out-of-the-box energy in Portimão, which has not really been seen as a place to come to see art,” the artist said. 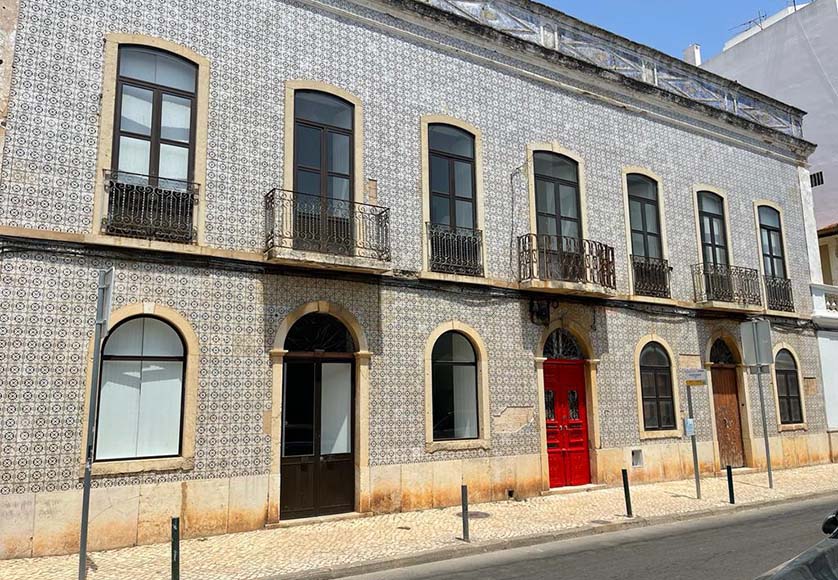 “The same happened in Olhão. Fifteen years ago, people would ask why anyone would want to live in Olhão. And now many people want to live there. Artists attract other artists and help create reasons for other people to come there and invest,” said Meinke, adding that Portimão has the potential to continue to grow as an attractive destination for artists as well as investors.

“Portimão has a lot of qualities. It is still one of the most affordable towns in the Algarve to live in, and it offers a lot of quality, being so close to the sea and boasting such easy access. There are also a lot of beautiful buildings just waiting to be renovated,” she added.

The opening of the gallery is the culmination of an art-filled life for Meinke, who was born in Amsterdam but grew up in the Algarve “surrounded by animals, nature and simplicity”.

These sources of inspiration are evident in a lot of her work, as animals (particularly goats), are often represented in her paintings.

“They bring me good memories and good feelings, so they are a recurring element in my work. It perhaps represents a longing for simplicity and well-being, which I associate them with. They all look similar, but they have their own personalities, cheekiness, independence and ways of being,” she said. 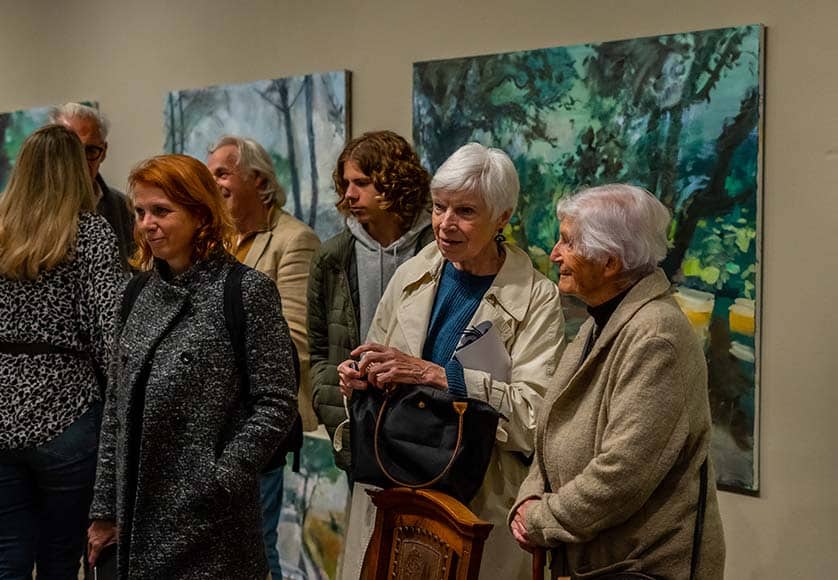 Meinke describes herself as an artist who is “particularly drawn to nature and a sense of purity.

“Hence the greenery, farm animals, beach scenes and the general simplicity of everyday life that I’m able to observe,” she says.

While Meinke always had a knack for using her hands to create things and express herself creatively, she only started studying art in her late 20s.

“I lived in different countries and under different circumstances, but it ended up being a good thing because I only studied art later when I really knew for sure what I wanted to do with my life,” the 56-year-old artist told us.

After growing up in the Algarve, Meinke moved back to the Netherlands before travelling to Italy to study jewellery-making. Several years later, she enrolled in Fine Arts School — in Moscow — with the Volkov’s, and continued her Art studies, graduating from Ruud Wacker’s Academy, in Amsterdam.

She moved back to Portugal with her daughter and then-husband around 25 years ago, having spent time living in Lagoa, Olhão and now Portimão. 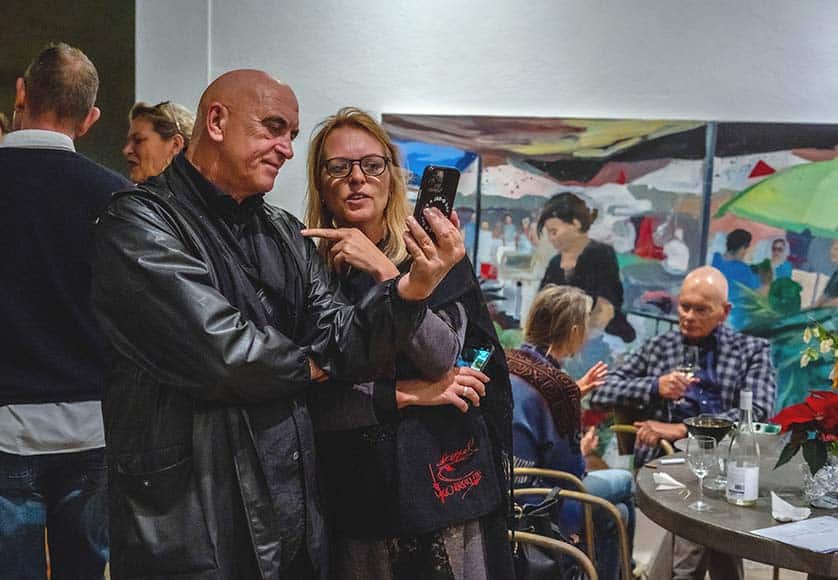 ‘Meinke Flesseman Gallery’ is located at number 126 on Rua Infante Dom Henrique – the long street which connects the old bridge between Portimão and Lagoa to the Gil Eanes square.

All works currently exhibited at the gallery were created by Meinke, with almost all being available for sale.

While it’s still early days, with other parts of the building still under renovation, Meinke is planning to also host exhibitions by other artists or collectives of artists.

For now, the gallery is open only by appointment, although the plan is to eventually have the doors open to the public.

Feel free to contact Meinke to schedule your visit.