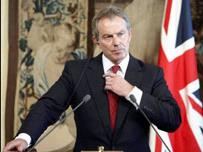 THE SO-CALLED “Metric Martyrs” are back in the news, following an announcement by the European Commission that imperial weights and measures should be allowed to be shown alongside metric. One daily paper hailed as a triumph the decision that the “Brussels bureaucracy has abandoned its monstrous attempt … to force the UK to accept the metric system”. Another highlighted the “EU laws” that had created the problem in the first place.

The articles were written by the usual suspects and were – as usual – completely wrong. The EU has not tried to force us to do anything. The laws were made in Britain.

The original decision to convert to the metric system in the UK was made by an all-party Select Committee of the House of Commons way back in 1862. The rest of the world was going metric, and the UK wanted to go with the flow. The vote was unanimous.

Two years later, in 1864, the metric system was officially permitted for UK trade. In 1875 the UK signed a formal treaty to create an International Bureau of Weights and Measures to establish agreed rules of the metric system, given it was clearly becoming the global standard.

In 1897 the use of metric measurements in the UK was formally legalised by Parliament via the Weights and Measures Act, again passed by a large majority in Westminster, and some half-century before the EU was even thought of.

In 1965, a full eight years before the UK entered the Common Market, the Government finally announced the decision to convert to full metrication over the following 10 years. But they still didn’t get round to doing it, even though almost every other country in the world did – notable exceptions being the USA and what was then called Burma.

But the UK did happily sign up to an EU Directive – unanimously with all other Member States – to commit to complete the process. The European Commission has simply been trying to implement what had already been agreed: that is its job, after all.

But the idea to force the change through in the UK by making it a criminal offence to sell in pounds and ounces, punishable by a huge fine and possible jail, came from Blair not Brussels. It is the Commission which is now trying to get the UK off a hook of its own making – thanks to urging from Conservative MEPs.

Meanwhile, for the past 30 years, only the metric system has been taught in our schools. The use of imperial measures in the UK will thus naturally fade away in time. I suspect that our national habit of blaming Brussels for every failing of our own Government may not fade as fast.