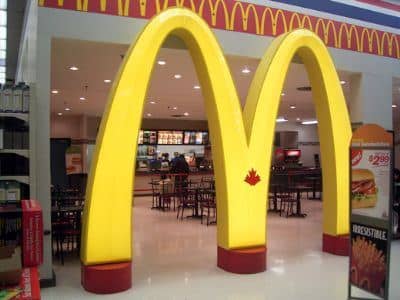 Around 50 McDonald’s workers in Portugal who were recently dismissed from their positions for lacking customer service skills are contesting the decision as the fast-food chain is now looking to hire 70 new staff.

A protest organised by the trade union representing the workers (Sindicato de Hotelaria Sul) was recently held outside the McDonald’s restaurant in Colombo shopping centre in Lisbon.

António Barbosa from the union said the protest, which gathered more than a dozen affected employees, was prompted by the company’s decision to hire around 70 employees following the mass dismissal.

Speaking to Lusa news agency, McDonald’s human resources director, Sofia Mendonça, said that a recent research by the company into customer needs concluded that some of its workers did not fulfil certain requirements and lacked the desired skills and profile to deal with clients.

The dismissals affected workers at various McDonald’s stores, including those in the Dolce Vita shopping centres and the establishment near the Alvalade Stadium.

Sofia Mendonça added: “Clients are ever more demanding when it comes to a quality, attentive service and our employees must be able to provide just this.”

She added that termination of contracts was being carried out by mutual agreement.