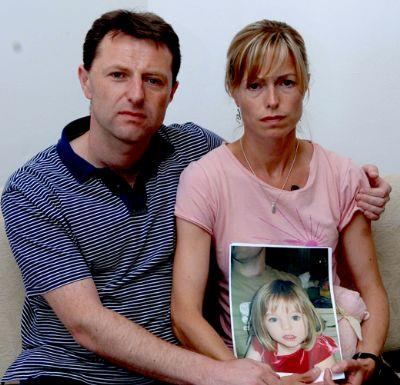 Kate and Gerry McCann will be appearing in a one-hour special of the Oprah show to mark the second anniversary of their daughter’s disappearance.

The couple will be interviewed by US chat show queen Oprah Winfrey, featuring footage of them with their family while at home in Rothley, Leicestershire, as well as questions put to the them in front of a studio audience.

The show will also reveal new images created by the national centre for missing and exploited children in Washington, who have used age progression techniques to show how Madeleine would look now, aged five.

McCann family spokesman Clarence Mitchell told the UK press last week: “Kate and Gerry have seen the pictures and are extremely pleased with them. They would not be doing this if they didn’t think these pictures genuinely showed how their missing daughter would look today.”

He added: “The Oprah show is seen by millions in the US and worldwide and they hope that these age progressed pictures will lead to the crucial sighting, which will bring their daughter home.

“There are a number of messages they want to get out there. It was felt, Oprah provided an appropriate platform.”

According to Portuguese newspaper, 24horas, former PJ inspector, Gonçalo Amaral has also contacted the Oprah show and requested he be allowed to give viewers his account of what happened to Madeleine McCann after she disappeared from Praia da Luz on May 3, 2007.

Gonçalo Amaral told 24Horas that he is doubtful anyone from the show will reply to him, but if he was invited, he would fly to the US at his own expense to take part in the show.

The one-hour special is due to be aired on May 4 and will be followed in the UK by a Channel 4 documentary on May 7.

The filming of this documentary, which involved Gerry McCann’s visit to the Algarve earlier this month, has sparked protests from the Madeleine Foundation in the UK, who have filed a complaint with UK telecommunications authority, Ofcom.

Protesters claim that distress was caused during the filming of the documentary in Praia da Luz to the child actress portraying Madeleine McCann and have asked Ofcom to prevent it being aired on television.

In the meantime, Portuguese newspaper, Correio da Manhã revealed this week that during the Madeleine investigation conducted by the PJ, 15 known sex offenders around the Portimão area were monitored by police as part of the investigation.

The Find Madeleine Campaign is also due to release fundraising t-shirts with the slogan Never Give up, which comes after Gerry McCann admitted in a recent interview that the fund to find his daughter was likely to run out by the end of this year.