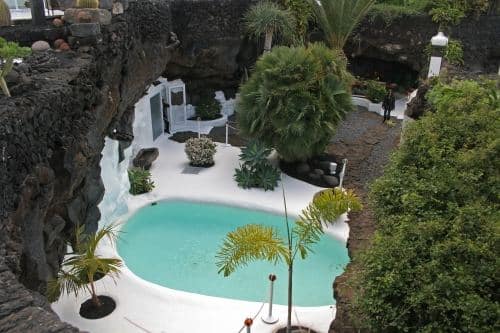 Kate and Gerry McCann are due to return to Portugal on Monday to launch the Portuguese version of the new book about the case written by Kate McCann, entitled Madeleine.

Clarence Mitchell, spokesman for the McCann family, told the Algarve Resident on Wednesday: “There is no formal launch event or news conference as such for the Madeleine book.”

“Kate and Gerry will be in Portugal for a very short period of time, during which they will be interviewed by Portuguese journalists,” said spokesman from the Portuguese PR company.

The spokesman added that the couple would not be have time during the visit to come down to the Algarve to Praia da Luz, where earlier this month supporters of the McCanns held a vigil to mark the fourth anniversary of the disappearance of Madeleine.

“I can guarantee you that there will not be time for that.” said the PR spokesman.

Talking about the launch in Portugal, Kate McCann spoke of her desire to engage the Portuguese people and for them to see another side of the couple who have been criticised in the past in the Portuguese media.

Kate McCann told The Sun newspaper: “I don’t feel we have had the chance to tell our side of the story in Portugal yet. I am hoping people will read the book and realise what kind of people we are – loving parents.”

Gerry said: “I think there are a lot of cultural differences and sometimes people there didn’t understand why we did certain things and the book will hopefully address that.”

Meanwhile, it was announced on May 13 that the Metropolitan Police had been asked to “bring their expertise” to the case of Madeleine McCann.

Kate and Gerry McCann published an open letter in The Sun newspaper to Prime Minister David Cameron asking for a case review on May 12, coinciding with the UK launch of the Kate McCann book Madeleine and the eighth birthday of their missing daughter.

The letter said: “It is not right that a young, vulnerable British citizen has essentially been given up on…we are seeking a joint independent, transparent and comprehensive review of all the information held in relation to Madeleine’s disappearance.”

David Cameron responded to Kate and Gerry McCann and in a letter he said: “your ordeal is every parent´s worst nightmare and my heart goes out to you both…I am acutely aware of the frustration you must feel as more time goes by and yet no news is forthcoming.”

He added: “I have asked the Home Secretary to look into what more the Government could do to help Madeleine…I sincerely hope this fresh approach will provide the investigation with the new momentum that it needs.”

A statement by the McCanns said: “The expertise of the Metropolitan Police is renowned and we are reassured by our government’s commitment to search for Madeleine.”

During a UK radio interview on May 17 the Commissioner of the Metropolitan police, Sir Paul Stephenson, said that there is “always a chance” that Madeleine could still be found despite the reality that some of the leads in the case may have gone cold after four years.

He said: “There is always a chance. When you receive a request, supported by the Prime Minister, from the Home Secretary, you take that very seriously. This is not unique. On balance, I think it was the right thing to do. We do review these sort of cases and I think there may be some benefit here.”

He added: “We will lend our expertise, with the Portuguese authorities staying in the lead. It will go to our homicide team and the people who are used to doing reviews.”

However, the reviewing of the case has caused controversy in the UK, with Met Police Authority member Lord Harris writing on his blog about the intervention of David Cameroon in the case.

“It drives a coach and horses through the draft protocol issued by the Home Office designed to preserve the operational independence of the police,” he said.

He added: “It again embroils their officers in a high profile investigation, where the chances of success are unclear, and which will divert limited investigative resources away from other matters.”
1″>news