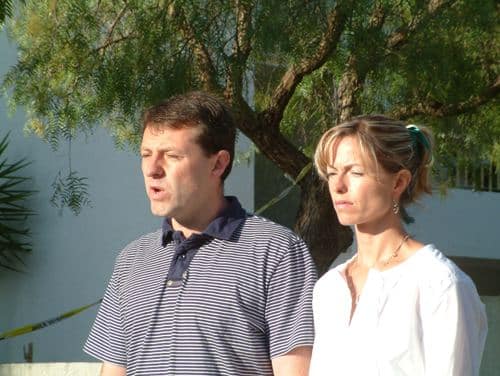 Kate and Gerry McCann are in Lisbon today to make personal statements in the Palace of Justice at the trial of the former chief detective Gonçalo Amaral who is being sued for libel.
The McCanns are expected to lay out their objections to Mr Amaral’s book, A Verdade da Mentira (The Truth of the Lie).
The trial is now entering its closing phase. The civil action began in 2009 and has been adjourned several times. The Judge, Maria Emília Melo e Castro, suspended it in January last year so that the two sides could try to reach an out-of-court settlement. They failed to do so.
The McCanns will be hoping there is no repeat of previous unexpected suspensions, include one last month when Mr Amaral informed the court half an hour before proceedings were scheduled to start that he had sacked his lawyer.
Today’s session is expected to be devoted to concluding statements by the McCann couple and their lawyer, Dr Isabel Soares.
The new lawyer for Mr Amaral, Dr. Miguel Cruz Rodrigues, and those of his publisher and the makers and presenters of a TV documentary based on the book, are expected to lay out their closing arguments on Thursday.
No verdict is expected until the autumn, after the court returns from summer recess.
By LEN PORT