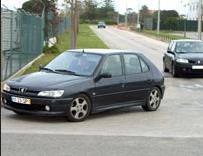 PORTUGUESE POLICE investigators travelled to the UK on Monday, April 7, to re-interview the seven friends who were with Gerry and Kate McCann on the night Madeleine went missing from the family’s holiday apartment in Praia da Luz on May 3.

After 344 days since the British toddler went missing, the new enquiries are the PJ’s last effort to find new lines of investigation before the case is filed.

Next August is the deadline for the Public Prosecutor leading the investigation, judge José Magalhães de Menezes, to decide if there are grounds for a trial or not.

Although the McCanns’ lawyers requested that more witnesses be interviewed by the Portuguese investigators, including the present and past PRs of the family, Clarence Mitchell and Justine McGuiness as well as Kate’s psychiatrist, this week’s developments focused mainly on the friends of the family.

According to the Portuguese and British press, based on anonymous sources related with the case, Jane Tanner and Russel O’Brien were the first to be re-interviewed.

It was revealed that the PJ wanted to clarify some contradictions in the couple’s previous testimonies, namely why Jane Tanner made different statements about the man she said she saw carrying a child near the apartment close to the time when Madeleine went missing.

Her testimony was initially crucial for the investigators to focus on the kidnapping theory, but suffered changes as time passed and that was said to be the main aspect that the PJ wants to confirm.

In Russel O’Brien’s testimony, it was revealed in newspapers that the PJ’s team also wanted to clarify where he was during his long absences from the dinner table while the group were dining at the Tapas restaurant, located inside the premises of the Ocean Club. The PJ’s list for the new enquiries, which are being supervised by the Leicestershire police, also includes Mathew and Rachel Oldfield, David and Fiona Payne, and Diane Webster, who is Fiona’s mother. All of them are friends of the McCanns.

The investigators did not ask to interview Gerry and Kate McCann in this move. However, according to their Portuguese lawyers, they were asked to consider taking part in a reconstruction of the night of Madeleine’s disappearance. Although nothing was confirmed by the time The Resident went to press, reports in the media, quoting Clarence Mitchell, the family’s PR, confirmed they were considering the PJ’s request.

Although much information has been leaked to the Portuguese and British press, the details on these enquiries are being kept confidential and the official information from the Portuguese PJ remains that “there is nothing new to say on the Madeleine case”.

The PJ team of inspectors is expected to return to Portugal today (Friday). The group is led by the Portimão co-ordinator Paulo Rebelo and includes enquiry coordinator Paulo Jorge and Ricardo Paiva, who is the liaison officer who also mediated between the PJ and the British police on the PJ’s previous visit to the UK.

Yesterday, April 10, Gerry and Kate McCann were due to travel to Brussels to meet with several representatives of the European Parliament who were to present a draft declaration for a Europe-wide missing child alert, inspired by the Amber Alert existing in the United States.