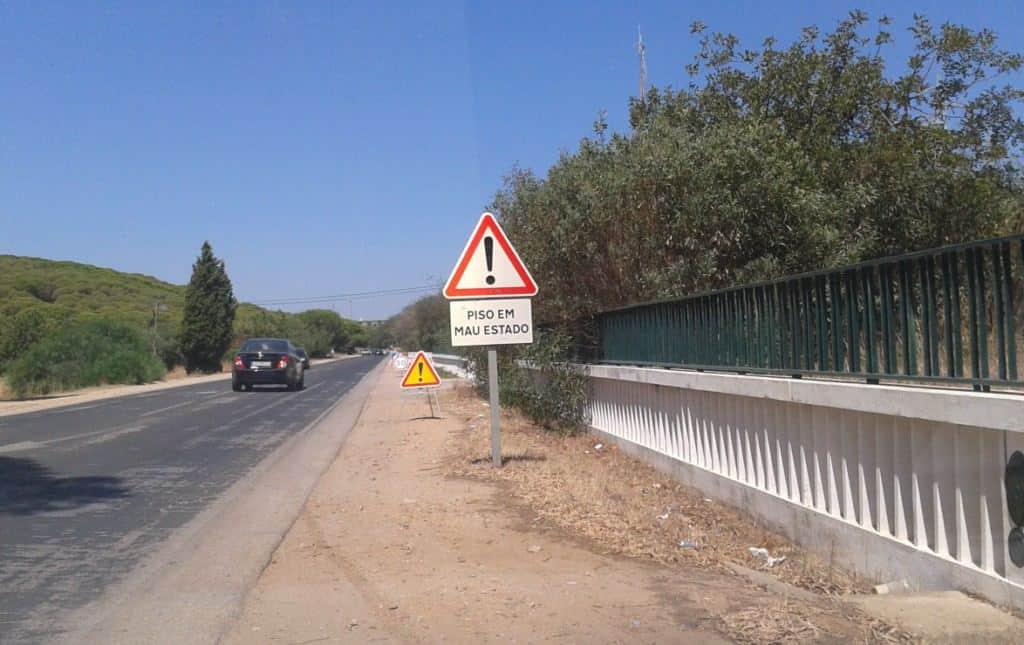 As many feared, the pomp and circumstance given to assurances that long delayed roadworks on the EN125 would re-start “very soon” was all just a strategic exercise in PR.
The reality for the Algarve’s most dangerous road is that improvements remain at a standstill in Faro, Olhão and Vila Real de Santo António.
Now local mayors fear the possibility of winter rains will make conditions even worse.
As the months drag by since national roads authority Estradas de Portugal announced it would be ploughing €14 million into the road, and getting to work almost immediately, the mayors are beginning to voice their frustrations.
Tavira’s Jorge Botelho – also head of AMAL, the association of borough councils – reiterated that the roadworks are “extremely urgent”.
The EN125 is the only alternative to the paid toll road to cross the region, and yet it is a nightmare of incomplete roundabouts and partially finished sections.
Eyes now are on whether EP will manage to complete Faro’s northern section, promised to be fully functional by May of next year.
“I will believe it when I see it,” Botelho told reporters.