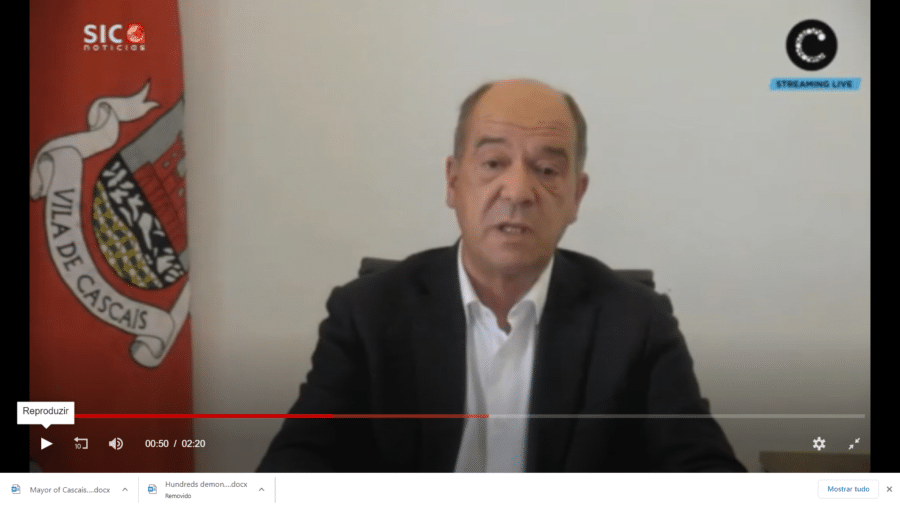 Mayor of Cascais Carlos Carreiras “guarantees that Russia’s vaccine against Covid-19 can be produced in Portugal”.

In fact, the centre-right PSD mayor is in negotiations with Moscow to create a partnership deal in which a laboratory in Sintra would produce ‘the filling for the vials’.

Initially, it appeared from the mayor’s announcements that Portugal could be producing the vaccine itself. Now the wording ‘the filling for the vials’ suggests something slightly different (although the ‘filling’ presumably IS the vaccine).

Whatever the case, the pharmaceutical company Hikma has been ‘chosen’ – the ‘great doubt’, reports SIC television news, is whether Hikma can actually store the ‘composition’ as Sputnik V “needs to be conserved at -18ºC”.

Back in January, the government and Portuguese pharmaceutical company Apifarma contacted various companies in the sector to ‘evaluate the possibility of making vaccines’ on national territory – and the consensus then was that “Portugal does not at this time have the conditions to produce these vaccines from start to finish…”

Thus Mr Carreiras’ initiative is being viewed with more than a little circumspection.

In fact, prime minister António Costa has barely said a word about it.

Today, Correio da Manhã has added a few more details – suggesting Mr Carreiras is not only keen for European regulators to approve the Russian vaccine for use in Europe, he wants to be instrumental in organising shipments of Sputnik V to African countries.

He said: “It can’t simply be the rich that get access to vaccines, and those with less resources not”.

But right now, it’s looking very much like a ‘one man initiative with Moscow’: something few might have imagined from a centre-right politician in the wealthy Lisbon suburb of Cascais.