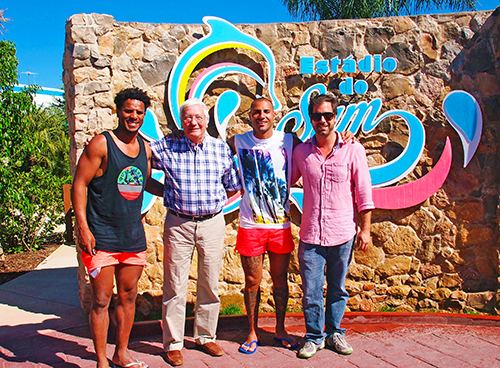 Welcome to the May night sky. For the early risers amongst you, during the first week in May over in the east, about 30 minutes before sunrise, you will have the chance to see four planets close together low on the horizon.

These four planets are Mercury, Venus, Mars and Jupiter. Of the four, Venus and Jupiter are by far the brightest.

Venus shines with a sparkling white colour and Jupiter is distinctly yellowish. Although Venus is the most brilliant in terms of luminosity, the planet Jupiter is almost as bright but it is around 10 times further away than Venus, so it cannot compete in terms of brilliance.

Planets shine by reflecting the light of the Sun, so sunlight has to travel much further in the case of Jupiter.

The ringed planet Saturn is well visible during the warm May evenings; it is high in the south in the constellation of Virgo.

This planet is well worth looking at with any small telescope as the rings are now becoming easier to see. On the night of the 14th, the Moon will be near to Saturn.

From May 4 to 6, we have the annual Eta Aquarid meteor shower. This shower has been recorded every year since AD 401, when the Chinese astronomers first noticed it. This shower is now known to come from dust particles shed from Halley’s Comet over many centuries. Some bright meteors can be seen from this shower just about any night during the first two weeks of May, but as with any meteor shower they are best observed after midnight, except when the Moon is up as bright moonlight will stop you seeing the faintest meteors.

The Moon is also responsible for the ocean’s tides and when the gravity of the Sun and the Moon combine, that is at full Moon and new Moon times, we get the highest tides.

This variable tidal cycle also affects nature. For example, sea turtles lay their eggs on the beach at the full Moon high tide as it is a guarantee that the eggs will be above the highest water mark.

Clive Jackson is the Director of the Camera Obscura (next to the Castle in Tavira), specialising in education and public outreach.