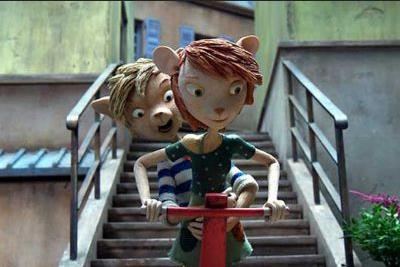 French animated movie in which Max, who is half boy half fox, goes on a quest to find his long lost father. Max’s father was a famous troubadour named Johnny Bigoude who disappeared shortly after Max was born. Now Max is a teenager who is known to the locals as something of a busker himself, and he’s determined to find out what became of his old man. He ends up at a fly-swatter factory where business is on the decline, and a scandal erupts when fake flies are constructed to boost sales.