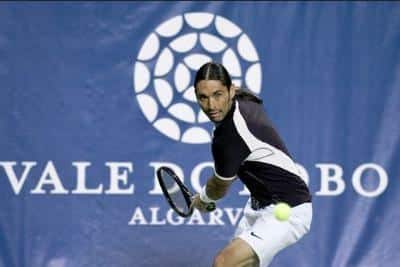 The ATP Senior Tour Vale de Lobo Grand Champions tournament between August 11 and 14 will feature both the return of former No1 and Algarve title holder Marcelo Rios – a winner in 2006 and 2008 here – from Chile and Sweden’s Wimbledon champion and also world top ranked Stefan Edberg. The presence of the charismatic duo should further enhance the stature of an event which has counted John McEnroe, Jim Courier and Michael Stich among its champions in past years.

Meanwhile in Paris, Faro’s Rui Machado and the only 16-year-old Michelle Larcher de Brito came through the French Open qualifying heats to join Frederico Gil to rewrite the Portuguese tennis record books with three players in a Grand Slam event main draw. While Machado overcame local challenger Thierry Ascione 6-4, 6-1 to reach that stage, Brito battled past Ekaterina Ivanova in three sets to become only the second lady player from this country, following Deborah Fiuza in 1975, to reach such elevated heights.

World No67 Gil went on to give No14 seed David Ferrer a good fight in the first round but exited beaten 6-2, 6-4, 6-4 in just over two hours as his fellow Portuguese continued their heroics. Machado achieved his best result to date since his opening victory during last season’s US Open in defeating Kristoff Vliegen 6-2, 6-4, 4-6, 2-6, 6-3, a victory which should see the Algarvian break through the top 100 barrier regardless of how he fares against No12 seed Fernando Gonzalez next. Brito also remains in the limelight by upsetting Britain’s promising Melanie South 0-6, 7-6, 7-5 and faces No15 seed Ji Chin Zheng from China in round two.

Elsewhere, the Algarve’s 16-year-old Ana Claro rose above all expectations in reaching her first WTA ranking tournament quarter-final at the Cantanhede Ladies Open, before losing narrowly to much more experienced countrywoman Joana Pangaio.