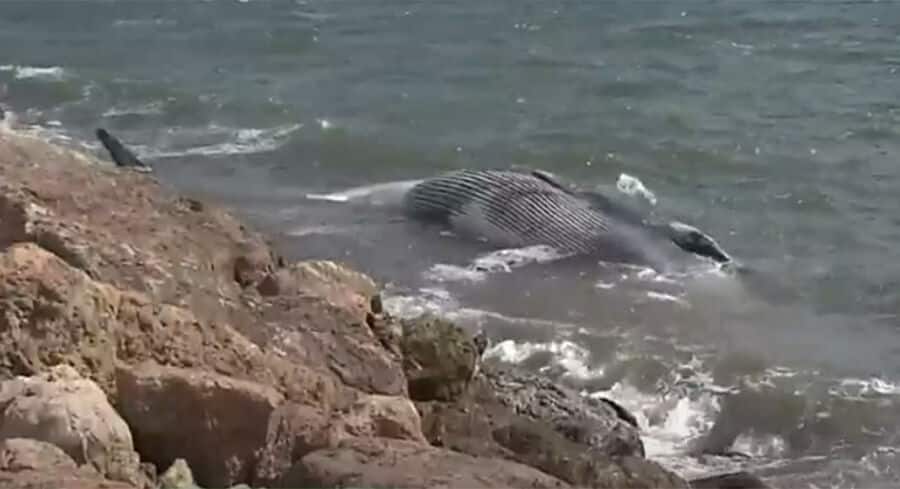 A dead whale, said to be between 15 and 17 metres long, washed up near Santo António beach in Vila Real de Santo António this Tuesday (April 20).

Authorities were alerted by local citizens at around 9am. At the time, the carcass was still hundreds of metres from land and was only partially visible from the beach. By around 3pm, however, it had washed up near the local breakwater.

The national maritime authority (AMN) and the local council are said to be discussing the best way to remove the carcass from the water. The cause of death is unclear.

The last time a whale of this size washed up dead in the Algarve was in 2019 in Quarteira (click here). At the time, authorities removed the carcass from the water using a crane and took it to a local landfill.