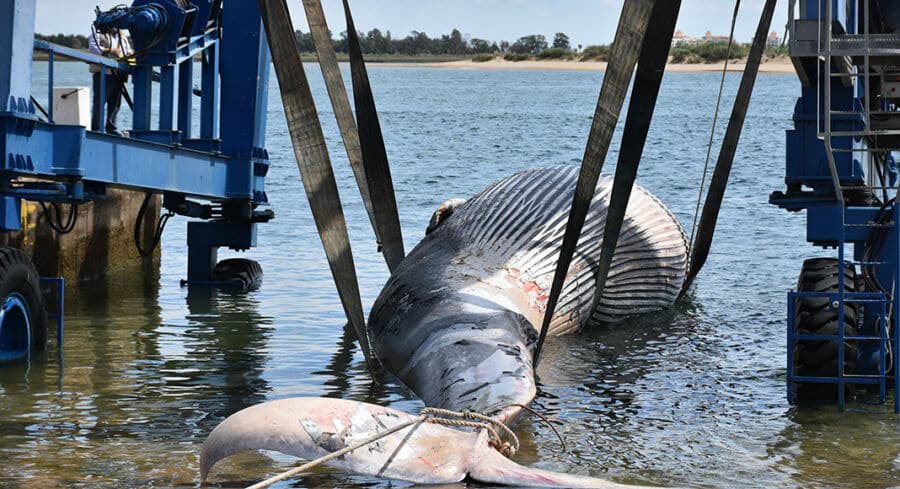 It took more than a day to plan, but an operation to remove the carcass of a massive common whale from the shore of Vila Real de Santo António was successfully carried out on Wednesday morning (April 21).

The nearly 20-metre-long carcass, weighing around 20 tons, washed up near the town’s Santo António beach on Tuesday.

Authorities were alerted by local citizens at around 9am. At the time, the carcass was still hundreds of metres from the shore and was only partially visible from the beach. By around 3pm, however, it had washed up near the local breakwater.

Due to the weather conditions which deteriorated throughout the day, the national maritime authority (AMN) and the local council had to carefully plan out the best way to remove the carcass from the water safely.

Authorities were finally able to begin the operation the following morning. Two divers tied the carcass to a towboat which transported it to shore, where a crane was waiting to lift it out of the water.

“Our main challenges were handling a carcass of this size and weight – around 20 tons and 19.4 metres long – and the bad weather conditions on Tuesday,” VRSA port captain Rui Vasconcelos told TVI on Wednesday afternoon, when authorities were still trying to figure out the best way to get the carcass to the local landfill.

The cause of death is unclear, although marine biologist Élio Vicente told national tabloid Correio da Manhã that the deaths of these massive creatures is often linked to a disease or a collision with a boat.

Common whales usually travel on their own, except for female whales who accompany their offspring. Said Vicente, they may approach the coast when they are “looking for food” or for a “place to mate”.

It is rare, but not unheard of, for whales of this size to wash up dead along the Algarve coast.

The last time this happened in the Algarve was in 2019 in Quarteira. At the time, authorities were also forced to remove the carcass from the water using a crane and took it to a local landfill. 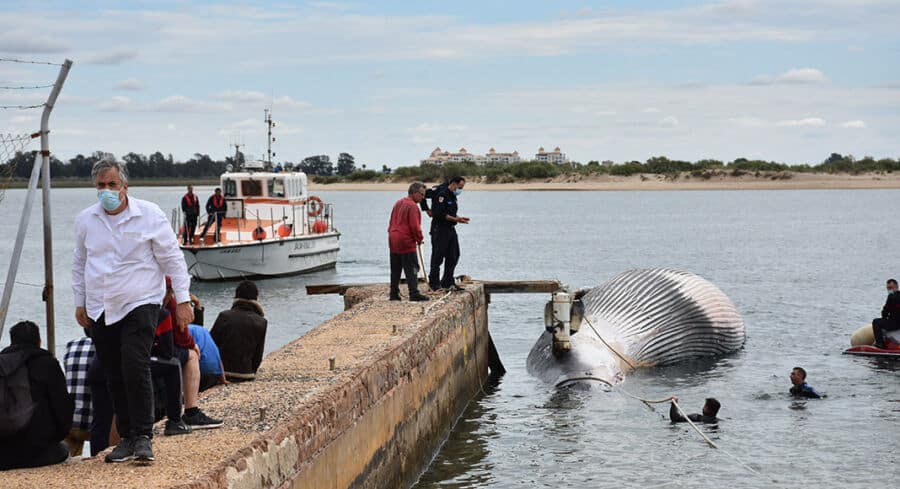 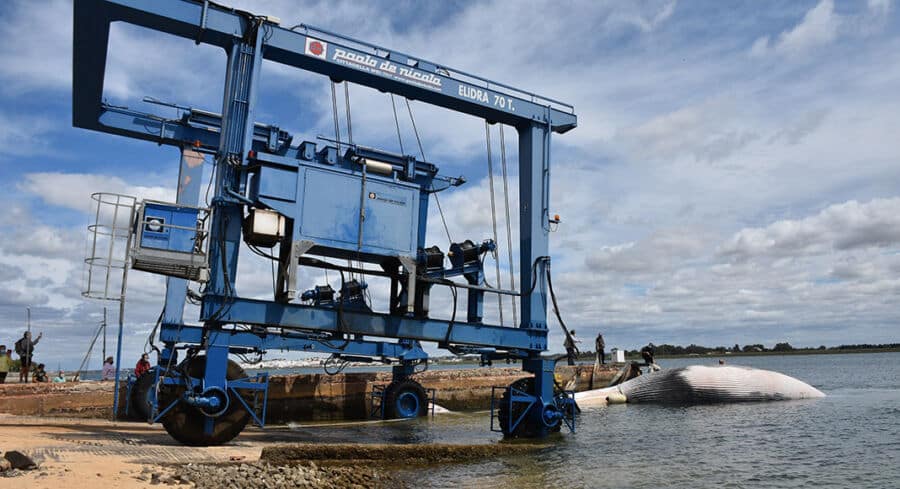 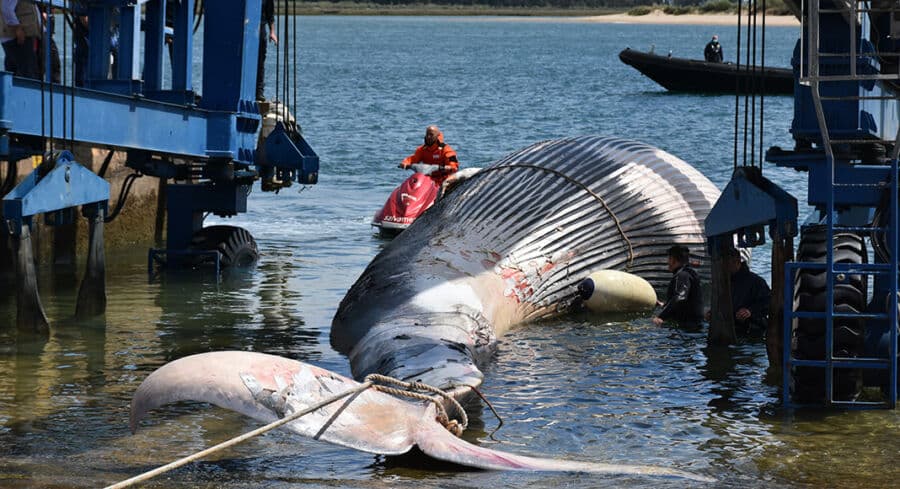 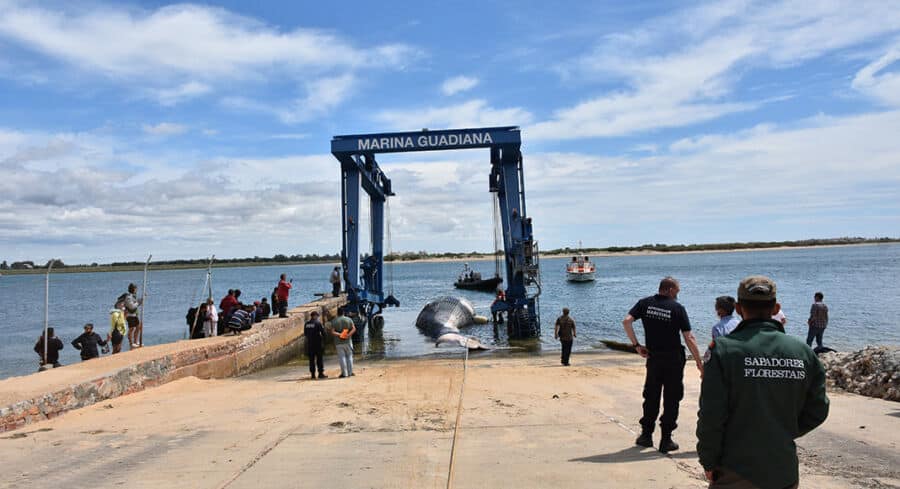 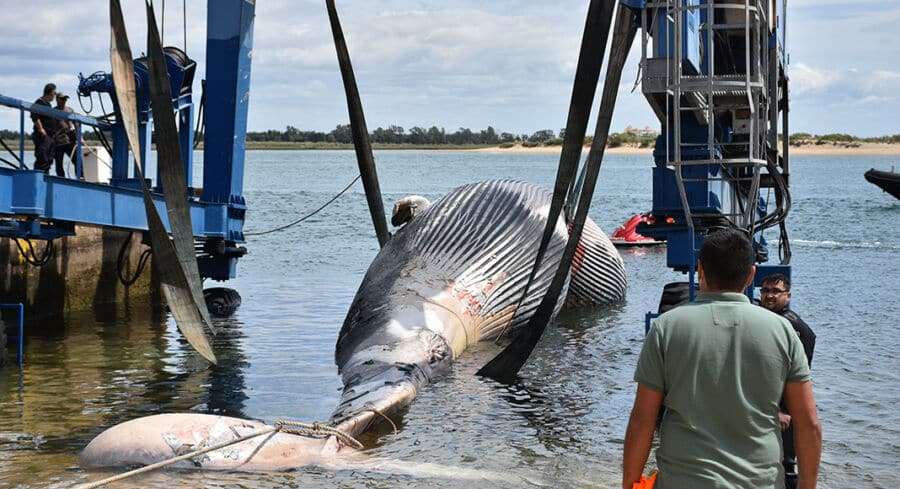