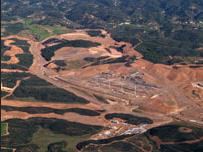 NEARLY 1.5 billion euros will be invested in the Algarve over the next few years through the 11 projects of Potential National Interest (PIN) that have been approved by the government, creating nearly 7,000 jobs.

This five star resort with hotel, apartments, 18-hole golf course and driving range is being developed by the Grupo Inland, which is also behind the 220 million euro Benagil Resort in Lagoa with five star hotel and tourist village.

Irish developers Oceânico are due to spend 206 million euros on the Amendoeira Golf Resort in Silves, with a five-star hotel and tourist village, totalling 1,600 bed spaces, and two 18-hole golf courses.

The Grupo Onyria is investing 257 million euros in the Palmares Resort in Lagos with a five-star hotel and luxury apartments and villas, as well as a new golf course.

Around 76 million euros will be used to build the five-star Baia da Meia Praia resort in Lagos and Imocom is spending 88.6 million euros on the construction of the Conrad Palácio da Quinta Resort and Spa, in Quinta do Lago.

This hotel will be the region’s first six-star hotel and will have 160 rooms and 80 apartments.

Sven Goran Eriksson is developing the sports resort in Lagos with an investment of 81 million euros for the construction of three hotels, a mini stadium with a capacity of 8,000, six football pitches, spa, golf course, tennis courts, horse riding centre and residential zone.

The other sports related PIN project is the Algarve Motor Park developed by Parkalgar in Mexilhoeira Grande, with an investment of 155 million euros.

The remaining three PIN projects comprise a total investment in the Algarve of around 146 million euros and are Quinta do Vale, in Castro Marim, Tivoli Victoria, in Vilamoura, and the Ferragudo Marina.