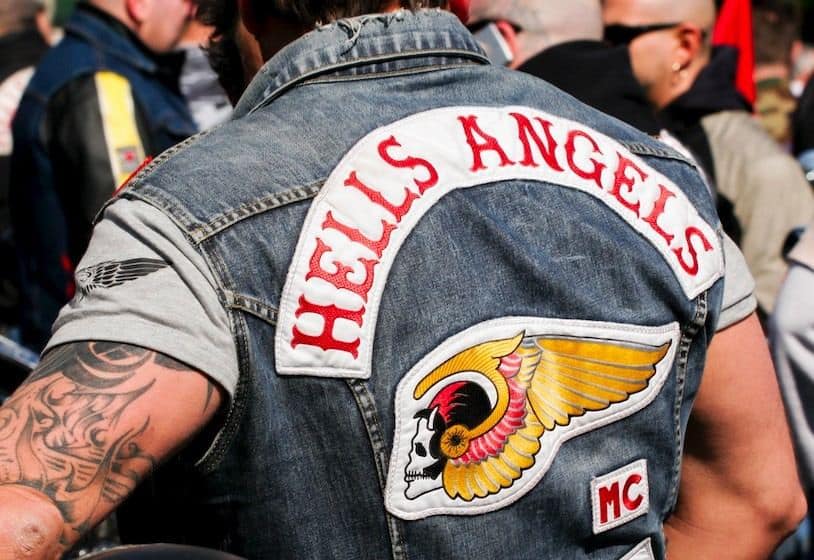 A massive national swoop mounted by 400 PJ inspectors on Portuguese and foreign Hell’s Angels got underway last Wednesday ahead of the bikers’ fest, opening today in Faro and running until Sunday.

By the end of day, 58 bikers from the notorious group had been arrested over suspicions ranging from attempted murder, GBH and robbery, to guns and drugs trafficking and criminal association.

House and property searches had purportedly uncovered “firearms, knives, knuckle dusters, clubs and even a katana (Japanese sword)”, while a number of international arrests warrants had been issued.

According to reports, nationalities involved included at least one Brit, as well as Germans and Finns.

The police operation was “surgically timed”. PJ police said they believed the bike festival“ could have developed into a bloodbath” had alleged ‘ring-leaders’ not been ‘taken out’ of the mix.

The bottom line appears to be that this is about rivalries between two hard-core groups: the Hell’s Angels (which began establishing itself in the Algarve 20 years ago) and the Red & Gold branch of “Los Bandidos” – a group led in Portugal by a former “skinhead” called Mário Machado.

Four months ago in Loures, a Hell’s Angels attack on six “Los Bandidos” bikers left three in a critical condition in hospital after being stabbed in “vital organs”. At least three of the injured were German nationals.

But attacks go back years, and if national media is to be believed, the issue is all about which biker group holds control of a protection racket that has the owners of bars and discos in the Algarve living “in fear”.

The PJ’s recently-appointed national director Luís Neves told reporters the police operation was “a question of freedom”. The net result is that “activity has calmed”, added coordinator PJ Manuela Santos.

Other papers have given a bit more ‘history’ to the conflict: Mário Machado, for example, first came to the authorities’ notice as a member of the extreme right-wing group “Hammerskins”. He has been jailed in the past for racial violence, writes Observador, and he has “promised vengeance. Turned towards television cameras in front of the Lisbon base of the PJ, he has used his hand to show a decapitation. He was giving a message”, adds the news site.

A statement issued by the PJ described the men arrested as “suspected of being part of a criminal structure made up of extremely dangerous individuals with vast criminal backgrounds and wide experience in violent and organised crime”.

Público claims the 69-year-old is a Hell’s Angel ‘leader’ and martial arts master with “an immaculate record” (ie has never been cited for any crimes).

The men were all held in custody since their arrests and were due to hear bail conditions as the Resident went to press.

A number are expected to remain either in jail, or under house arrest. As many as 54 are expected to be prohibited from taking part in the bikers’ festival as part of their bail terms.