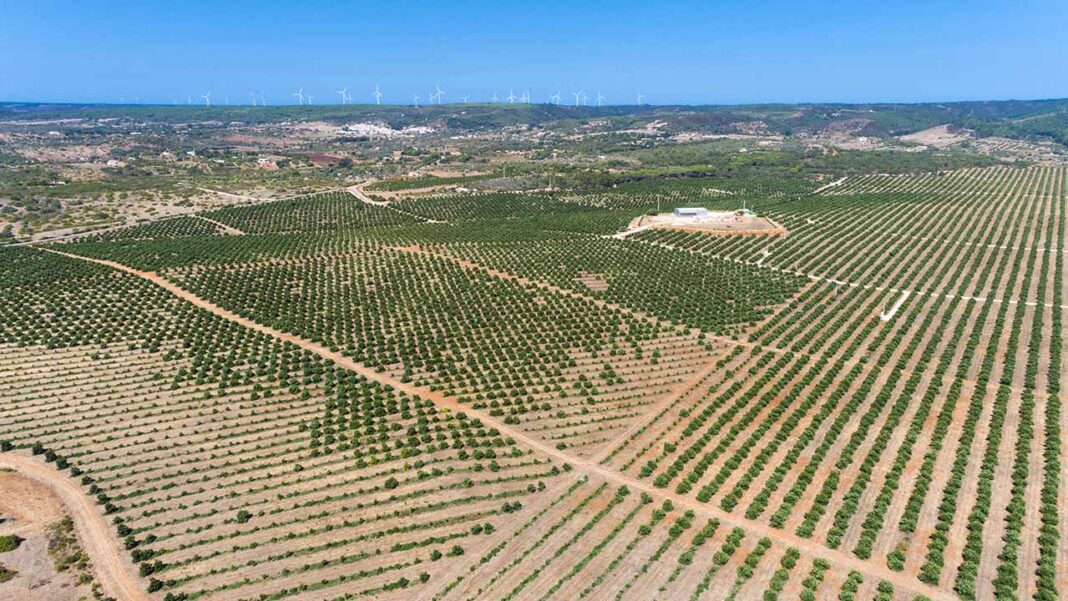 A massive avocado monoculture that has ‘changed the face of the landscape’ around rural Barão de São João, northwest of Lagos, has finally opened for ‘public consultation’, many months after every single tree has been planted.

In what would appear to be a clear case of ‘inspecting the stable door long after the horse has bolted’, citizens who have been battling against the sense of this project see the exercise nonetheless as “a very important moment”.

They are hoping it will lead to significant changes: they want to see some of the avocados already planted removed; they want the plantation’s water usage properly monitored – and they hope to see ‘protected species’ – like cork oaks that were felled in the clearing process – replaced.

Banded together into Association Regenerarte, they stress “this is our chance to share concerns related to this plantation and the immense impact it has on our ecosystem, especially in relation to the other avocado monoculture nearby and the golf course”.

Citizens concerns go back years (click here) – but pressure for ‘round table’ talks with agricultural entities that see no issue with monocultures – as well as the business entities involved – have ultimately led nowhere.

Indeed, there have been occasions in which works have gone ahead despite judicial embargoes (click here).

Regenerate has taken legal action against the Ministries of Agriculture and Environment for what they see as “intolerable” decisions in the face of scientific knowledge: monocultures lead to the destruction of soils, habitats, ecosystems. Combine that with ongoing issues with water and you have a ‘perfect storm’: “serious consequences for the environment and as such for all of us”, says the group.

For now, Regenerarte (which formed from earlier groups Terra Saudável and Lagos com Futuro) is content with the process opened – but is still pushing for further public consultation over the project that came first (click here).

Says the association, the development means people now have ‘information’ on water usage, use of herbicides – but most importantly of all, they can (at last) give their substantiated opinions.

To this end, Regenerate is ‘preparing a text that can be used as a model’ for anyone who feels strongly enough to take part in the public consultation (click here).

For anyone still unaware of this project, it covers 128 hectares and borders another plantation which declared itself the “largest avocado plantation in Europe’ some years ago.

The company behind the venture, Frutineves of Silves, has prepared an environmental impact study in which it concedes that in the early years there will be negative impacts in terms of use of herbicides and water consumption.

The report also accepts that “in situations of drought or water shortage in the region (events that are becoming more frequent) the availability of water could represent a problem”.

Regenerarte’s thesis is that the plantation has already and will continue to represent a major negative impact on the local environment without bringing with it any tangible benefits: the avocados are all destined for sale in Spain; employment opportunities are minimal.