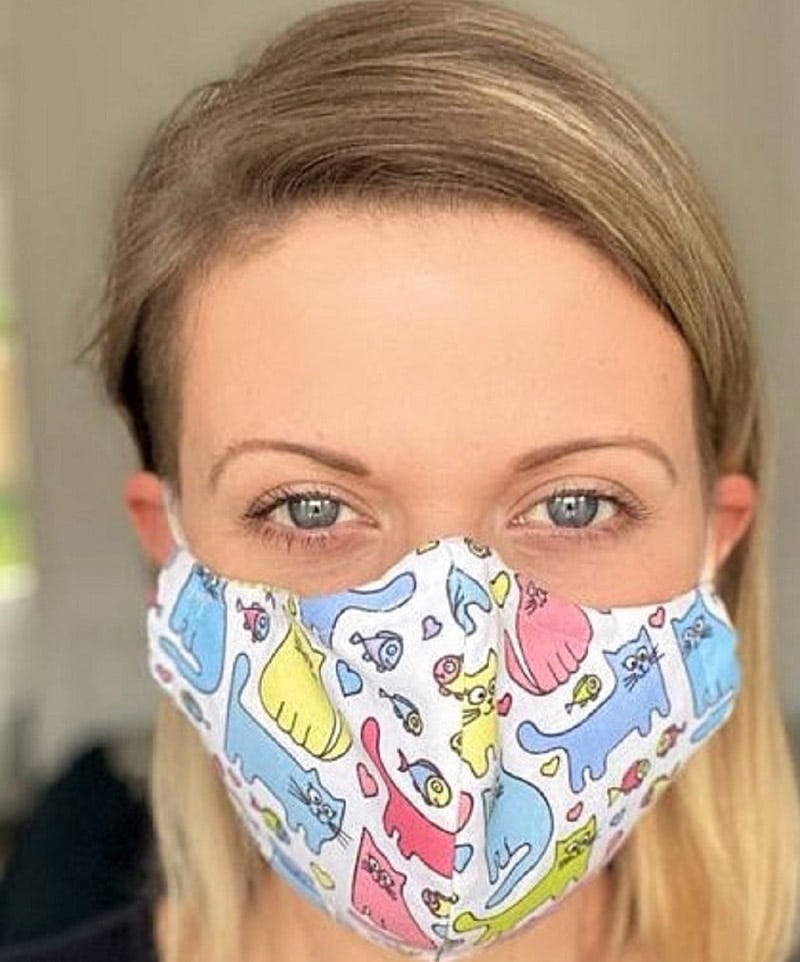 The new normal is for us all to wear a mask and, in the few times since March that I have ventured into this ‘new world’ for food shopping or work reasons, I have found it disconcerting to talk to people who are wearing a mask because I cannot see their facial expressions and I am conscious that they cannot see mine!

For me, this is additionally important because I am deaf in one ear and I have tinnitus problems in my ‘good ear’, so sometimes I find it difficult to hear certain voice tones. I often rely on facial expressions to understand what people have said to me and I am now finding out just how much I really depend on these extra stimuli.

Not only does the mask muffle the voice, but without seeing the facial expressions and mouth moving, I find it hard to actually ‘hear’ what is being said and I easily misinterpret things.

Normally, whole faces are cognitively processed during an interaction but now, with everyone wearing a mask, the eyes have become the dominant feature to convey emotional information during social communication.

Artist Leonardo da Vinci, writer William Shakespeare and Roman philosopher Marcus Cicero all claimed that the ‘eyes are the window to the soul’ and that we can understand a person’s emotions by looking into their eyes.

From a parent giving a child a warning with a ‘look’, to a couple making eye contact across a room, humans have become adept at communicating a lot of things with just their eyes, using them to depict a whole range of emotions – interest, confidence, uncertainty, happiness, sadness, compassion, anger, etc, as well as having the power to use them to evoke deep emotions in others.

Speech regularly dominates social interactions, so individuals are not consciously aware of the non-verbal signs that they are receiving from others’ facial expressions as, consciously and subconsciously, people use their facial features to express themselves.

Eyebrows raised and wide-open eyes can indicate surprise. Brought together in a frown they can depict anger. The raising of a corner of the mouth can indicate confusion and, of course, squinting of the eyes along with a smile indicates happiness. Now, without being able to see the whole face, is just seeing the eyes enough for us to be able to successfully interact with each other?

Even more disturbing is communicating with someone in person yet not being able to see any of their face. Are they friendly, welcoming, threatening?

Recently, Robertino Rodriguez, a respiratory therapist in San Diego, USA, treating Covid-19 patients, realised how distressing it was for his patients to be treated by someone kitted out in a mask, glasses, hood and body suit. Being in hospital was stressful enough without the added anxiety of having a faceless person looking after them.

Robertino decided to pin to his ‘PPE uniform’ a badge with his name and a laminated photo of himself smiling in order to reassure his patients. A friendly face and encouraging smile have gone a long way to comfort the patients and many other healthcare workers are now copying this idea. This simple gesture shows how important it can be to see someone’s face when you are interacting with them, especially in times of stress.

It was suggested initially by Charles Darwin (1872) that facial expressions reflect our emotions, that they are universal and that they evolved as a non-communicative ‘adaptive behaviour’ to enable the individual to function successfully in the environment.

These theories have been researched for over 50 years by top emotion psychologist Paul Ekman who has documented 10,000 facial expressions with 3,000 being related to emotion. He identified the seven emotions of surprise, fear, disgust, contempt, anger, sadness and happiness as being universally recognised facial expressions and concluded that “facial expressions are a universal system of signals which reflect the moment–to moment fluctuations in a person’s emotional state”.

His training programmes on the importance of facial expressions for evaluating emotional skills and deception detection are used by government agencies, police, psychologists and actors all over the world!

Of course, a person can mask their emotions by controlling their voice and keeping a straight face to hide what they might really be feeling (poker players!), so we cannot rely on facial expressions as a confirmation of how someone is feeling. A child might laugh when they are nervous, a clear contradiction between the facial expression and the emotion being felt. Someone may look bored in a meeting when, in fact, they could just be tired! The interpretation by others of our facial expressions as a guide to an emotion might be incorrectly identifying an emotion that we are not actually feeling!

More recent research, particularly that by Carlos Crivelli with indigenous tribes in Papua New Guinea and Mozambique found that they did not attribute emotions to faces in the same way Westerners do. Instead, they saw facial expressions as a sign of intent, for instance a frightened face was instead seen as being threatening. His work and that of other researchers now suggest that rather than being an indication of someone’s emotional state, facial expressions are instead a sign of the individual’s intent and social objectives.

When people talk to each other, they recognise an emotion being expressed and unconsciously mirror the behaviour of the person they are observing. Facial expressions are known to guide behaviour, providing a communication system that is processed subconsciously.

With everyone wearing masks, we are not getting these guides as face masks are literally masking our perception of others’ intentions and their feelings, which is no doubt affecting our own reciprocal behaviour during social interactions!

When I started this article, it was to write about how people might be affected by their inability to see facial expressions when interacting socially with others because, due to my hearing impairment, I have always relied on ‘reading’ people’s facial expressions for clues as to how I should react to what they are saying.

Seeing someone’s expression is an important part of social communication and the wearing of face masks is bound to have some impact on social skills.

However, when I mentioned this fact to my son on the telephone, saying that I could not communicate with people if I could not see their faces, his logical reply was “you are communicating with me now and you can’t see my face!” thereby completely discrediting my article!

Footnote: Face masks made by Linda Collins to raise funds for the charity Gillingham Street Angels which provides food and essentials to the homeless community in Gillingham & Rochester, Kent, UK. Thank you to everyone for the photos!