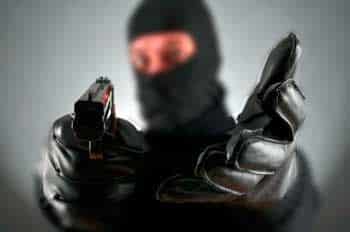 PJ police are investigating the raid by a man wielding a pistol at an Albufeira fuel station on Wednesday night which left the nighttime worker collapsing with a heart problem.

The masked gunman held up Vale Parra’s Carrasquinho e Filhos station shortly before 11pm, telling the worker to “put the money in the bag” which he shoved in his direction.

He then made off as cool as the proverbial cucumber, but the worker was not so lucky.

Bombeiros rescue workers were called to assist, and the worker was taken to hospital where he is apparently recovering and out of danger, says the paper.

The raid, meantime, was caught on the station’s CCTV cameras and PJ police are investigating.

The full amount of cash taken was thought to be “around €200”.

The gunman was wearing jeans and a dark jacket, and was described as “very quick and cool-headed”.