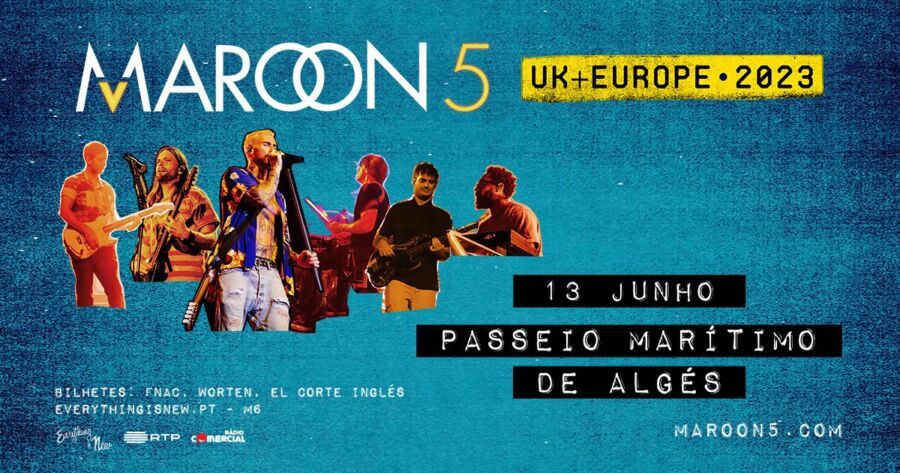 American pop rock band Maroon 5 have announced a European tour which will begin in Portugal on June 13, 2023 with a concert at Passeio Marítimo de Algés in Lisbon.

The band behind several major hits such as “She Will Be Loved”, “Memories”, “Payphone” and “Moves Like Jagger” will perform nine concerts in Europe, starting with the show in Portugal and ending with a concert in London on July 3.