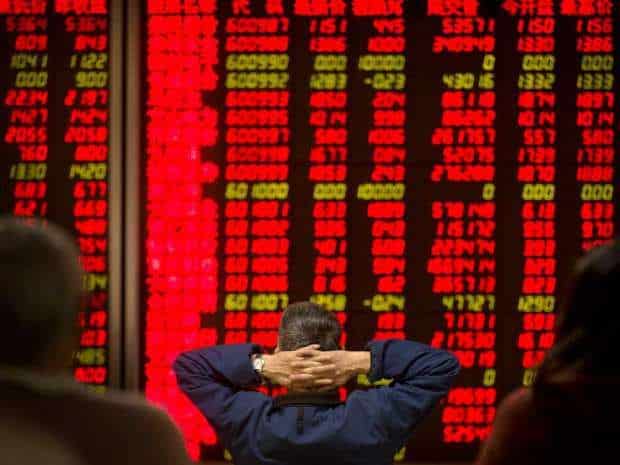 Reporting on the “latest on the turmoil afflicting global financial markets” today, Associated Press has stressed that “investors are getting somewhat worried again”.

This latter increase is the one to worry about, claims AP – as Portugal is no longer in a bailout programme and so has to meet all payments “through its own devices”.

Greece, for example, is in a bailout programme thus it is not reliant on bond markets to finance itself.

As long as it meets its commitments to troika lenders, Greece will receive tranches of money – thus its bond interest increases “may not matter too much in the short term”.

Portugal’s dilemma is that the spotlight is back on the government “rolling back a series of budgetary austerity cuts”, and despite Finance Minister Mário Centeno stressing time and again that the government is committed to staying within its budget, events elsewhere are creating new concerns.

Says AP: “Many European banks are seeing their shares slide as investors worry about their ability to withstand a bigger than anticipated global economic slowdown”.

In other words, Portugal’s domestic problems are ‘small potatoes’ compared to what else is going on.

Shares in Europe and Asia are down for a second day “and there’s no sign of relief coming when Wall Street traders return to their desks”, writes AP.

Gold too has hit a year-high “as it gains support through its perceived status as a store of safe value in times of market stress”.

Explaining the story from a national point of view, Público adds “there are various news items worrying investors, from the problems at Deutsche Bank, pressures on European banks due to the introduction of new banking rules and signs of a global economic slowdown emanating particularly from China”.

And as investors show a “strong aversion to risk”, “Portugal is one of the countries that is being most affected”, with the spike in interest rates on public debt and “an accentuated new fall in share values”.