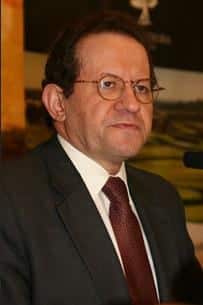 Addressing the British-Portuguese Chamber of Commerce, Vitor Constâncio said that “lessons had to be drawn and corrections made” in the short term, which might or might not include a cut in interest rates.

Talking about the Sub Prime and Credit Crunch crises, the Governor of the Bank of Portugal said that regulation changes would not solve all the problems in the short term, but would calm markets and better prepare the financial sector for the future.

“In the short term, Central Banks must provide liquidity to the markets to help normalise the short term segment of the monetary market,” he said. “There are still tensions in the market, Euribor (the inter-banking market where banks borrow and lend to one another) stood at 4.74 per cent, well above the four per cent principal monetary rate.”

This distrust in inter-bank credit lending was something that had never happened in previous financial market turbulences since banks had never been affected as they had been now. Full and transparent disclosure of losses incurred had to be made with realistic valuations of assets on financial institution balance sheets.

“Only this can put an end to the current uncertainties since the current lack of confidence and mistrust was because banks fear that all the losses – which could total 400 billion euros – have not been disclosed,” he explained. “It is clear that the financial sector in many parts of the world will have to be recapitalised if further asset sales and credit reductions are to be avoided,” he warned.

Government policies that provided an anti-cyclical role, with more direct intervention in both microeconomic and macroeconomic terms for certain problems such as the housing sector were also fundamental.

“There are now questions on originate, distribution and securitisation economic models – models and innovations the financial sector developed in the past decade which have inherent problems and need to be reviewed by the financial institutions themselves,” said Vitor Constâncio.

Some of these products were not traded in organised markets but were tailor-made and sold under the counter with all the inherent risks of mistakes and valuation difficulties.

“We are in a moment of great uncertainty in the world economy and market turbulence has affected the prospects for economic growth worldwide, and Portugal, like Europe, will not be immune from effects still to come,” the governor warned.

Vitor Constâncio said that Central Banks had been warning that risks had been accumulating in recent years, especially after the global imbalance crisis caused by the United States enormous external balance of payments and trade deficit.

“The indicators were that the price of risk was small, but even so it was impossible to believe that the good times would stay like that much longer,” he said.

A correction in the price of risk and assets had to come, and it did, with deceleration in the United States which “had been coming for some time”.

Even so, Europe was unlikely to suffer a full blown recession and was better placed than the United States to withstand significant deceleration thanks to interests in China, India and other emerging markets.