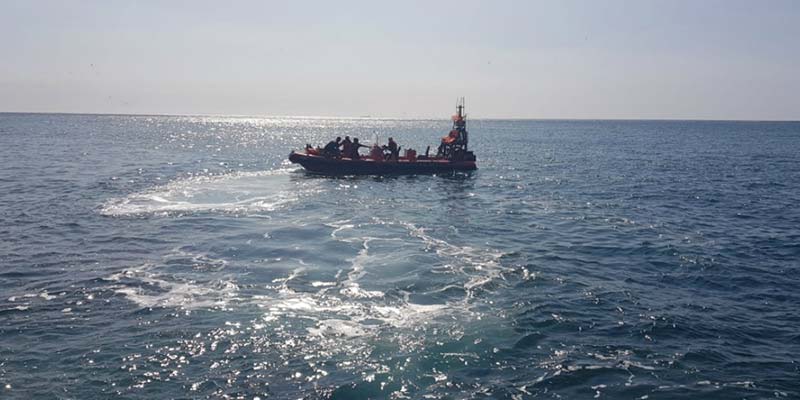 Maritime Police intercepted a boat carrying seven Moroccan men in Ria Formosa this morning. It’s the 3rd incident of its kind in the last six months.

The men were all ‘tranquil’, said authorities, who have now handed them over to SEF borders agency staff.

Two required First Aid assistance from INEM – one for scratches received after falling off the quayside in Olhão docks, another for apparently feeling nauseous.

The men, aged from 20-30, were spotted early this morning by a fisherman who described them as “appearing to be lost”, close to the Faro-Olhão approach.

For now, the story is that all the men are from Morocco – no-one is identifying which town at this point.

As SIC television news has recalled, the majority of young men who came over in the last two boats have since gone missing and are almost certainly in other countries in Europe by now.

This lack of control over illegal arrivals has put Portugal in “a very bad light with European partners” António Nunes, president of OSCOT (the Observatory on Security, Organised Crime and Terrorism) admitted earlier this year, thus the understanding is that this time authorities won’t be making the same mistakes (click here).

Due to their arrival in the midst of a pandemic, all seven men will now be tested for Covid-19, say reports.

Morocco’s infection rate is relatively low – with only 208 deaths so far. The country emerged from a strict two-month lockdown last month.